I Have To Say The Same Thing”: P Chidambaram Shares PM’s 2013 Tweet 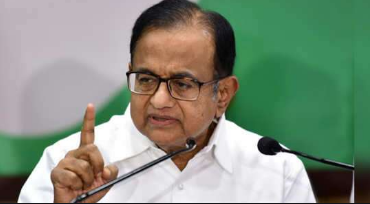 Congress veteran P Chidambaram has once again hit out at the government over the state of the country’s economy, this time directly hitting out at Prime Minister Narendra Modi.

Mr Chidambaram, who was the Finance Minister in the Congress-led UPA government, pulled out a 2013 tweet by PM Modi, when he was the Chief Minister of Gujarat. The 2013 tweet, which targeted Mr Chidambaram, read: “Economy is in trouble, youth want jobs. Devote more time to economics not petty politics. Chidambaram ji, please focus on the job at hand!”

Congress leaders, including P Chidambaram and Rahul Gandhi, have shredded the government over the contraction of India’s GDP – by 23.9 per cent in the April-June period – accusing it of ignoring repeated warnings from experts on the extent to which the coronavirus pandemic had affected the economy. Mr Chidambaram had said experts had warned the government of just such a scenario and that it could take “many months before the economy turns the corner”.

Sharing a screenshot of the tweet, Mr Chidambaram, 74, wrote, “I have to say the same thing to the Honourable Prime Minister!