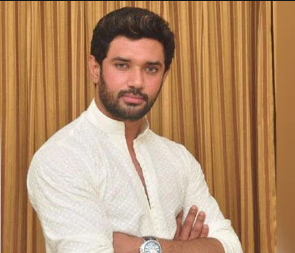 Lok Janshakti Party (LJP) chief Chirag Paswan on Friday claimed that he is “Hanuman” of Prime Minister Narendra Modi. He also said that he does not need to use PM Modi’s photos for his party’s campaign in the upcoming Assembly elections in Bihar as ‘his prime minister resides in his heart’.

“I don’t need to use PM Modi’s photos for campaigning. He lives in my heart, I am his Hanuman. If needed, I’ll tear open my chest and show it,” LJP chief Chirag Paswan said

Paswan, whose party is contesting polls outside the NDA in Bihar, also said that the next government in Bihar will be formed with BJP leader as Chief Minister and LJP will be part of it.

“I have full faith on the Prime Minister and I have confidence that after November 10, BJP and LJP will form a government together in Bihar,” he added.

“Even if they include my criticism in PM Modi’s speeches in the upcoming rallies in the state then also I will not mind that. But I reaffirm that on November 10, I will make a BJP leader as the Chief Minister of Bihar and LJP would be part of the government. I will never put candidates against any BJP candidate in the assembly elections,”
Paswan told media persons.