I am not a captain to run with a stick behind the players for good performance: Rohit 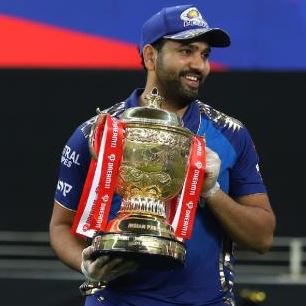 After beating Delhi Capitals by five wickets in the title match of the IPL, Mumbai Indians captain Rohit Sharma said that he is not a captain who will run with a stick behind the players for good performance but build confidence in them for the win Is necessary. Delhi won the toss in the title match of IPL-13 on Tuesday, batting first and scored a challenging score of 156 for seven in 20 overs. After this, Mumbai scored 157 for five in 18.4 overs to easily win the title and for the first time playing the final, Delhi’s dream of becoming the new IPL champion was broken.

Mumbai had won titles before 2013 in 2013, 2015, 2017 and 2019. After winning the IPL title, Rohit said – I am very happy with the way we played in the entire season. We said in the beginning that we need to get into the habit of winning. We cannot desire more than this. We never looked back after moving forward. I think a lot of the credit for the victory goes to the people working behind the scenes. The hard work of these people often goes unnoticed.

He said, “Our work started long before the IPL started. I had to work to bring out the best out of the players of the team. I am not a person who runs a stick with a stick to perform well. It is important to instill confidence in the players. Krunal, Hardik and Pollard played very well for a long time. They know their roles. “Rohit said, We made sure that Ishaan and Suryakumar are full of confidence. Suryakumar is a very mature player. He remained in form throughout the tournament and also played some incredible shots. Unfortunately fans were not present at the stadium this season. We remembered playing in an environment like Wankhede. Hopefully the IPL will play there again next year.