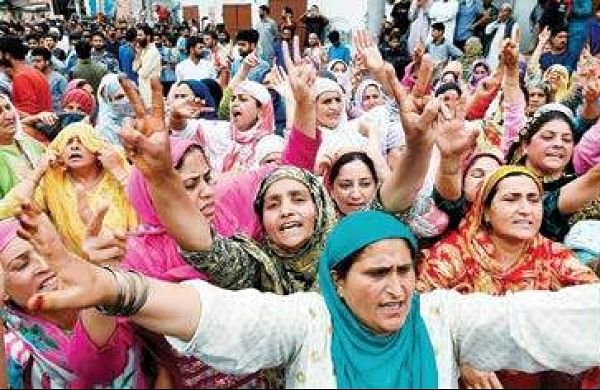 SRINAGAR:  A week after Hyderpora encounter in which four persons were killed, the families of two Srinagar residents killed in the November 15 controversial encounter have demanded justice, want removal of Over Ground Worker (OGW) tag from their slain wards and punishment to security men involved in the operation.

According to police, four persons including a Pakistani militant Haider Bhai, his associate Amir Magray (from Ramban), Mudasir Gull and Altaf Ahmed Bhat (both businessmen) were killed. Later, police had buried bodies of the four in Handwara in north Kashmir, about 100 kms from Srinagar.

However, families of Amir, Mudasir and Altaf rejected the police claim and alleged that their wards were killed in a staged encounter. After the public outcry, authorities handed over bodies of Mudasir and Altaf to their families for burial while Amir’s father, who is a counter insurgent and had stoned a militant to death in 2005, is pleading to authorities to hand his son’s body.