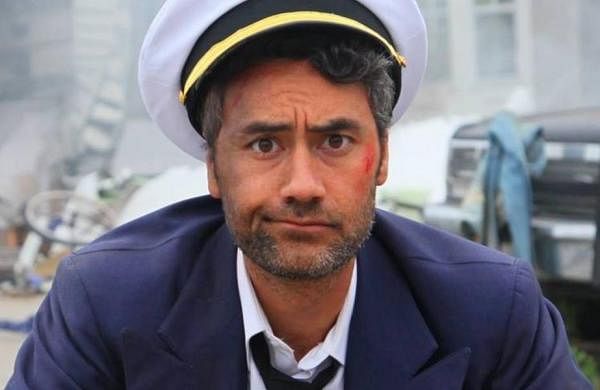 MUMBAI: Humour is an important tool to address critical issues in his films, says director Taika Waititi, who has combined the serious with the funny to show what a superhero undergoing “midlife crisis” looks like in the upcoming Marvel movie “Thor: Love and Thunder”.

The New Zealand-born director, known for films such as “Boy”, “What We Do in the Shadows”, “Hunt for the Wilderpeople” and “Jojo Rabbit”, is known for his irreverent and fun approach to filmmaking.

Waititi said that humour often helps him in putting the audience at ease. “For me, to bring the audience in and make them drop their guards or when you want to get to know someone or get them to trust you, you do it with humour…And then when they are your friend, you can talk about more serious issues, like love,” the director said responding to a question from PTI in a Zoom roundtable interview.

“With this film, especially, we used humour to bring the audience in and make friends with them and then talk about Thor going through a midlife crisis or not knowing where he is in life. So, humour for me is a very important tool,” he added.

With “Thor” movies inside the blockbuster Marvel Cinematic Universe (MCU), Waititi is credited for revitalising the franchise by infusing irreverence and humour with 2017’s ‘Thor: Ragnarok’.

The 46-year-old director – who was part of a five-member comedy troupe ‘So You’re a Man’, which toured New Zealand and Australia before venturing into cinema – has changed his style of filmmaking from more serious to fun stuff.

“My very first stuff that I was doing, like my short film, I probably took myself a lot more seriously than I needed to or probably thought I was going to make more serious films. And then I realized that if you do so, you are not going to have much fun at work,” he said.

“When I go to work, I want to be able to enjoy myself. I have a personality that I like to joke around, entertain and be funny. I don’t want to be depressed, cry and be sad. So, that’s where I understood to retain that sense of childlike sensibility with all of my work,” he added.

“Thor: Love and Thunder” will see Chris Hemsworth return as the titular superhero, a role that he previously played in three solo and four ‘Avengers’ films. Oscar winner Natalie Portman is back as Jane Foster from 2011’s ‘Thor’ and 2013’s ‘Thor: The Dark World’, along with Tessa Thompson as Valkyrie, Jaimie Alexander as Sif and Russell Crowe as Zeus.

Oscar winner Christian Bale will be seen as Gorr, a galactic killer who seeks the extinction of the gods. Waititi recalled reading the Marvel comic books as a kid and though it seemed serious, the God of Thunder’s story was also very colourful and had a dose of laughter.

For ‘Thor: Ragnarok’ and now ‘Thor: Love and Thunder’, Waititi said that he sought inspiration from the books to bring in various new elements.

“There’s a lot going on, there’s a lot of adventure and it’s a really crazy story line. Like in the comic books, at one point Loki turns Thor into a frog and you never see that in movies. I realised that with ‘Ragnarok’ and this film, we just need to lean deeper into the exciting world of Marvel Comics. A lot of the stuff comes from the books, comes from the comics, like the giant goats, ship and all of that stuff.

Set after the events of ‘Avengers: Endgame’ (2019), the movie ‘Thor: Love and Thunder’ will see Thor attempt to find inner peace, but he must return to action and recruit Valkyrie, Korg (Waititi), and Jane Foster, who has become the Mighty Thor, to stop Gorr the God Butcher from eliminating all gods.

Waititi said part of the joy in directing “Thor” films is the freedom that he gets in showcasing the different endeavours of the titular superhero. “Thor is the most independent and he’s like Captain Marvel. He is off to other parts of the universe, doing things or having adventures on other planets. Earth is just one of the places he comes to help out. And it gives me a lot more freedom… I want to go into outer space and want to explore all of the crazy parts of the Thor universe and this film certainly does that. It’s a big space adventure,” he added.

The film’s trailer featured one of the most crazy scenes in which Russell Crowe’s Zeus leaves Thor naked. Waititi said it was his and producer Brad Winderbaum’s idea to introduce the scene.

“We wanted that from the beginning. So that was my first draft of the script. And Chris has been naked before in some of his other movies. Like in ‘Rush’, he was naked and it just felt like a great way to bring more audiences.

“Chris is perfect in many ways and he is okay with also having the joke on him. So we thought it was a nice way of doing that, especially when he is being reunited with his ex-girlfriend and it’s just nice to humiliate Thor,” he added.

“Thor: Love and Thunder” is produced by Kevin Feige-led Marvel Studios. It will be released in India in English, Hindi, Tamil, Telugu, Kannada, and Malayalam on July 7. Post the release of the film, the multi-hyphenate filmmaker’s next project is a Star Wars movie, which he will also co-write with the “1917” scriptwriter Krysty Wilson-Cairns.

Asked if he will bring his signature dose of humour to the galaxy far far away, Waititi said, “I would like to add some humour. I don’t know exactly what it will be as I am still writing it. So, there’s a little while until I have got a script with some real ideas.”