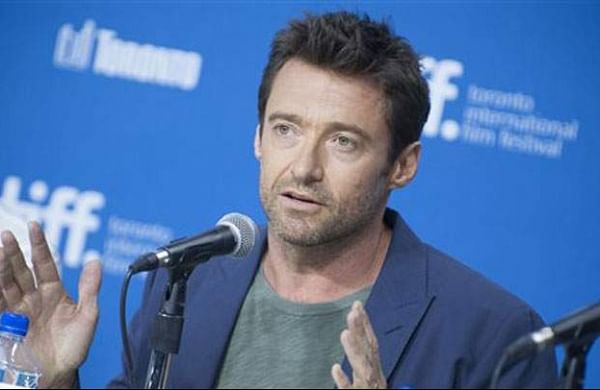 LOS ANGELES: Hollywood star Hugh Jackman has said that he has tested positive for coronavirus. The 53-year-old actor took to Instagram on Tuesday to share the news of his diagnosis that has forced him to cancel performances of his Broadway show “The Music Man”.

“I just wanted you to hear from me that I tested positive this morning for COVID. My symptoms are like a cold, I have a scratchy throat and a bit of a runny nose. But I’m fine and I’m just going to do everything I can to get better ASAP and as soon as I’m cleared I’ll be back on stage heading to River City,” the actor said in a 30-second video.

Just wanted you to hear it from me. I tested positive for covid. Mild symptoms and as soon as I’m cleared … looking forward to getting back to The Winter Garden! @MusicManBway pic.twitter.com/q1oEAzXX02
— Hugh Jackman (@RealHughJackman) December 28, 2021
Shortly after Jackman posted his video, the official Instagram page of “The Music Man” also announced that all performances would be canceled through Saturday. The Broadway musical will resume on January 2, and Jackman will return to the show on January 6.

Jackman tested positive after his co-star Sutton Foster came down with the coronavirus last week and was replaced by an understudy. Foster will return on January 2.

In the last two weeks in the US, dozens of Broadway shows, including “Hamilton”, “The Lion King” and “Aladdin”, have been forced to cancel performances as the number of COVID-19 cases surged, despite vaccine mandates for cast, crew and audiences.