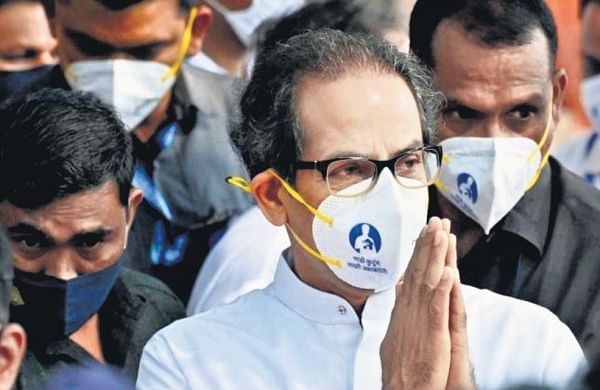 MUMBAI:  On November 28, 2019, when Shiv Sena chief Uddhav Thackeray, with no administrative experience, took oath as the 18th chief minister of Maharashtra heading a three-party coalition government, many including his critics as well as close associates were not sure about how he would negotiate the governance challenges as well as walk the political tightrope.

As Uddhav completed two years in office on Sunday, both critics and supporters agreed how deftly he has handled these challenges and marked his stamp at the national level. Not only did he successfully manage a crisis of gigantic proportions like Covid-19, with Maharashtra being among the worst affected, he has also so far safeguarded the Maha Vikas Aghadi government from BJP’s alleged attempts of toppling.

Professor Surendra Jondhale, who teaches political science at Mumbai University, said Uddhav has surprised many with his efficient handling of the Covid situation. “During the pandemic, he never raised any rabble-rousing Hindutva or sentimental non-issues that Sena is known for, but focused on good governance. His address at the state programme was a hit with the middle class and earned him a good name. Now, the immediate challenge before him is to retain power in the BMC polls,” he said.

Jondhale said Uddhav has also showed his mettle in maintaining the delicate balance between all three MVA partners with varying ideological. “He has maintained good relations with big leaders like former chief minister Ashok Chavan of Congress, Ajit Pawar, Balasaheb Thorat, Chhagan Bhujbal and Jayant Patil. His lack of administrative experience never became an issue; it rather turned out to be his plus point as he started on a clean slate,” Jondhale said.

Kept BJP at bayPolitical observers pointed out that the BJP, smarting under its former ally’s snub at the time of government formation, has not left any opportunity in past two years to try and topple or damage the MVA government. But all its efforts have come to a naught and the credit for that goes in good measure to Uddhav.

“The BJP is in power at the Centre but not in Maharashtra. It means political power without finance as Mumbai is the country’s financial power centre. Uddhav has not only consolidated his position as a chief minister but also led party’s victory march beyond Maharashtra and won the Dadra Nagar Haveli Lok Sabha seat for the first time,” said a political observer, terming it a big boost to the Sena supremo’s leadership.

The upcoming BMC, Nasik, Navi Mumbai and Pune municipal corporation polls will be Uddhav’s next big political test. “BMC is the soul of the Shiv Sena. The BJP, which last time missed the bus by a slender margin, will against go all-out to wrest the cash-rich corporation from its ally-turned-rival. This election will also test whether the core Hindutva and Marathi voters of Sena are still with the party or have been swayed away by the BJP,” said political scientist Ranjeet Shinde.

Pratap Asale, a senior political analyst, said Uddhav managed many situations including Covid-19 efficiently, but has not been able to handle the Amrawati riot and the Maharashtra state transport employees’ stir. “However, the state has not treated the protesting employees as enemy, which the BJP generally does whenever someone goes against them. This approach of the Uddhav government is a major plus point that has kept the communications with the stakeholders open,” Asabe said. He added that the Opposition and even cabinet colleague “underestimated Uddhav’s leadership”.

The BJP on Sunday hit out at the Maha Vikas Aghadi (MVA) regime on the completion of two years in office, calling it the “most corrupt, opportunist, anti-people and useless” dispensation in the state, and said that Uddhav Thackeray is “accidental and absentee” CM