how to order the VR headset before it sells out 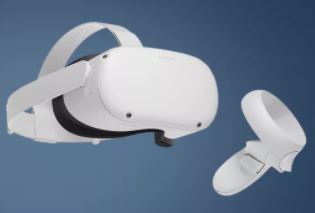 Want to place an order now? Order the Oculus Quest 2 directly from Oculus, since it seems to have the most consistent stock available at the retail price (which makes sense). Even its delivery dates are set for later in the month, though.

You’ll find there’s a little wait wherever you order the Oculus Quest 2 right now, but below, we’ll do our best to keep you up to date on stock in the US and the UK. In the US, Oculus has both 64GB and 256GB Quest 2 stock with an estimated delivery date of December 22 at the time of writing – while Amazon US is waiting on 64GB stock for late December. In the UK, it’s harder, with the 64GB model sold out at most major retailers, and Oculus itself shipping the unit on December 31. There’s stock of the 256GB model at stores like Currys and Amazon, though.

It’s a good time to buy the Quest 2 – you can enjoy games like Star Wars: Tales from Galaxy’s Edge, which is exclusive to the all-in-one headset, as well as a growing library of favorites like Superhot VR and Beat Saber. You can also connect your headset via Oculus Link to your PC, to access games you might have on Steam or other platforms (here’s how that works, according to Oculus itself).