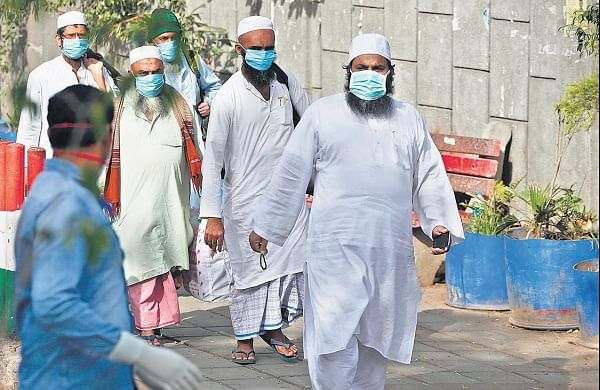 NEW DELHI: The Delhi High Court Friday questioned Delhi Police what offence was committed by certain Indian nationals when they housed foreigners, who attended the Tablighi Jamaat congregation last year, during a nationwide lockdown, saying the government notification did not impose any bar on persons residing at any particular place.

Justice Mukta Gupta, who was hearing a batch of petitions to quash the FIRs registered against the hosts, observed that the Jamaat attendees sought refuge before the lockdown was imposed in the wake of the pandemic and there were no allegations of them violating the orders restricting movement.

“Suddenly when lockdown is imposed, where does one go after that? What is the offence committed? Is there any bar on Madhya Pradesh residents to stay in Delhi in any mosque, temple or gurudwara? They can stay wherever they want. Was there a notice that everybody will throw out whosoever was staying (with them)?” the judge questioned.

“I have brought out the point. You will tell me where is the violation when there is no question of changing places at that time. I can understand they went out, that they violated the (lockdown) notification. When lockdown was imposed, there was no bar on anyone residing,” the court stated as it granted time to Delhi Police to file its response to the pleas.

Counsel for the prosecution sought time to file a detailed status report in terms of an earlier direction passed by the court and stated that at the relevant time, there was a bar on any type of religious congregations.

Counsel appearing for the petitioners submitted that since the Jamaat attendees began residing in the premises in question before the lockdown was imposed and none tested positive for COVID, no case was made out against her clients.

While some of the pleas for quashing of FIRs are by individuals who had provided refuge to the foreigners who had attended the event and could not travel owing to the subsequent lockdown due to the outbreak of COVID-19, others are by people like managing committee members or caretakers of different mosques who have been accused of providing housing facilities to the foreign nationals in the masjids under the jurisdiction of Chandni Mahal police station.

FIRs were registered for the alleged commission of offences under Section 188 (Disobedience to order duly promulgated by public servant), Section 269 (negligent act likely to spread infection) and other offences under the Indian Penal Code.

In their plea, filed through advocates Ashima Mandla and Mandakini Singh, Feroz and Rizwan, who had each provided accommodation to four women Tablighi attendees, have contended that shelter was given to them as they had nowhere to go during the lockdown.

Feroz, Rizwan and other petitioners have also contended that there is no documentation on record in either the FIR or charge sheet to indicate that they had been infected by COVID-19 and therefore, they could not have been accused of spreading the disease under the Epidemic Diseases Act, 1897.

In his petition, Rizwan has alleged that the instant case is a classic example of case wherein unsubstantiated allegations have been embellished and exaggerated.

Earlier, the court had asked Delhi Police to file a status report indicating the role of each accused and as well as the duration of their stay and whether the housing facility was given after or before the prohibitory orders issued by the authorities in view of COVID-19.