How does Pakistan destroy Hindustan if it does not leave the greeting? BS Dhanova told what was the preparation of the Air Force 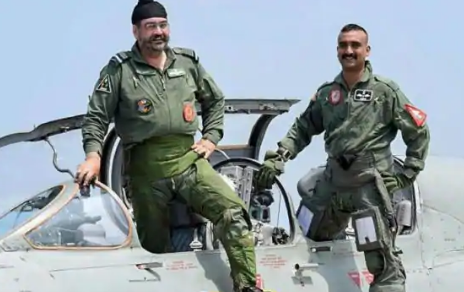 In an interaction with the news agency ANI, BS Dhanoa had made full preparations for the attack on Pakistan’s Forward Brigade and the Indian military position was very aggressive during that time. He said, ‘I promised Abhinandan’s father that we will definitely bring Abhinandan back. What the Pakistani MP has said is because our stand was very aggressive during that time. They were aware of our military strength and were fully prepared to wipe out the advance brigades of Pakistan.  At the same time, Wing Commander Abhinandan Vardhaman of the Indian Air Force dropped Pakistan’s F-16 fighter aircraft while firing an R-73 missile from his MiG-21. But during this time his MiG-21 aircraft crashed and he fell into Pakistan-occupied Kashmir. He was taken into his custody by Pakistani security forces there. However, there was a lot of pressure on Pakistan, after which Abhinandan was returned to India from the Attari-Wagah border.