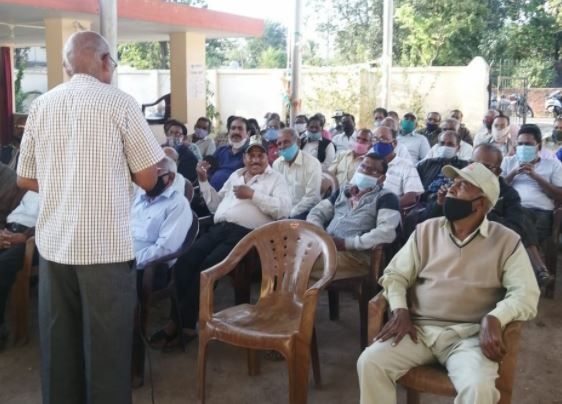 The House Lease Joint Struggle Committee expressed happiness over the announcement of Chief Minister Bhupesh Baghel’s governmentalization of Chandulal Chandrakar Medical College in Kachandur, Durg. Members said that Chief Minister Bhupesh Baghel, fulfilling the aspirations of the late Chandulal Chandrakar, fulfilled the public aspirations by announcing the acquisition of the medical college by the government.

Chairman of the committee Rajendra Parganiha said that the dream visionary and thinker of Chhattisgarh, late Chandulal Chandrakar had dreamed in the 90s that Chhattisgarh should also have a well-equipped private sector hospital on the lines of the country and abroad. To fulfill this, he had a meeting in the fort with a group of local doctors before his death.

But after his sudden demise, a group of these doctors came forward to formulate their views. And the 750-bed grand medical college ‘self’ in village Kachandur. Commissioned Chandulal Chandrakar Memorial Medical College ‘. Changes in student recruitment policy in Medical College and MCI after successfully running for four to five years. Due to lack of recognition, not a single student was admitted as a zero year for the last three years.