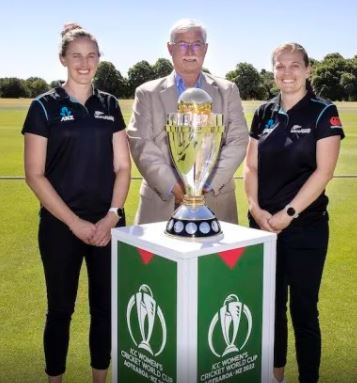 Hosts New Zealand will kick off the 2022 Women’s ODI World Cup on March 4 against one of the qualifying sides in Tauranga, as eight of the best teams in women’s cricket will battle over 31 matches in 31 days across six cities.

Defending champions England will start their campaign with a high-profile meeting against Australia on March 5 in Hamilton. And 2017 runners-up India will hope to go one better as they, too, start off by facing the qualifying side on March 6.

While New Zealand, Australia, England, South Africa and India have qualified, three qualifying sides will come from a tournament to take place in Sri Lanka between June 26 and July 10, 2021. As to the format of the World Cup itself, all eight teams will play against each other once and the top four will go through to the semi-finals.

Auckland will also host the massive double-header weekend with India taking on Australia on March 19, and New Zealand facing England the following day. An ICC release confirmed all matches will be broadcast live to a “huge global audience”.

The Hagley Oval has only recently been upgraded with floodlights and New Zealand veteran Amy Satterthwaite is eager to see how her home ground will look come game time.