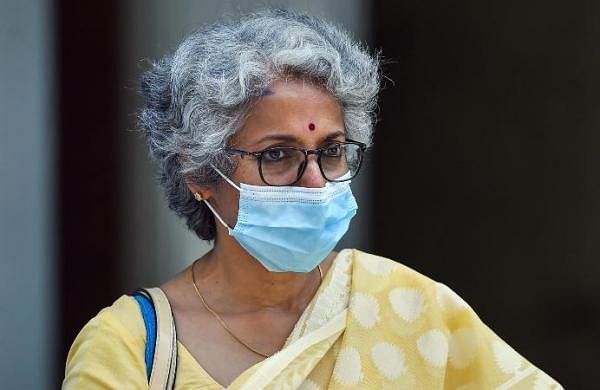 WHO Chief Scientist Soumya Swaminathan on Friday said hospitalisation due to Omicron is rising across the world, mostly in unvaccinated people.

“Though Omicron may cause less severe disease, a small percentage of a huge number is still very large and can overwhelm health systems,” she warned.

During an interview with CNBC-TV18, the WHO chief scientist said Indians need to be prepared, but not to panic.

With 309 new cases of highly transmissible Covid variant Omicron detected in the last 24 hours, India’s Omicron tally on Friday rose to 1,270 cases. Of the total, 374 have been discharged.

Among the 23 states and Union Territories that have reported the Omicron infection so far, Maharashtra tops the list with 450 cases of this variant. Of them, 125 patients have been discharged as per the Health Ministry data.

Delhi has the second-highest cases of Omicron infection at 320. However, 57 of them have been discharged from the hospital.

The Omicron outbreak, which has triggered fresh concerns globally and raised an alarm, will see the burden shift from hospitals to the out-patients department, from ICUs to home-based care, Dr Swaminathan said.

In a separate tweet on Friday, Swaminathan said: “Hospitalisations are also rising, mostly in unvaccinated people. Though #Omicron may cause less severe disease, a small percent of a huge number is still very large & can overwhelm health systems”.

“Whatever the #covidvariant, #Omicron or #delta – vaccination protects against hospitalisation and death,” she added.

Swaminathan called for an urgent ramping up of teleconsultation services to tackle the Omicron-fuelled surge.

While emphasising that the Omicron variant is infecting both vaccinated and unvaccinated people worldwide, she said that it appears that vaccines are still proving to be effective because even though the numbers are going up exponentially in many countries, the severity of the disease has not surged to a new level.