Hopeful sign? Analysis of Omicron in India shows that most cases are mild or asymptomatic 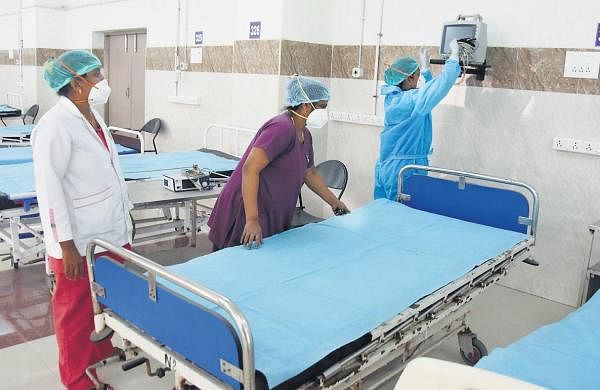 NEW DELHI: In what comes as a relief, an analysis of Omicron cases in India has confirmed what many studies from other countries have suggested — the majority of the infections may be mild or even asymptomatic.

Out of 358 confirmed cases of this variant in the country so far, an analysis of 183 cases has shown that nearly 70% of the patients were totally asymptomatic while 30% had mild symptoms.

However, this analysis has also shown that the Omicron strain may be highly capable of causing breakthrough infections as the majority of the patients, who had got infected with the variant, were fully vaccinated.

The data shared by the Union health ministry on Friday in a press briefing on the COVID-19 response showed that 358 cases of the highly transmissible variant has been confirmed in 17 states and UTs, with the highest number reported from Maharashtra.

The figures showed that while 61% of the 183 cases studied were males, 121 had a history of international travel abroad while 44 others were mostly their contacts and the details were not yet fully established in the case of 18 others.

Also, of the analyzed cases, 87 were fully vaccinated with 3 having received 3 doses each — in countries where booster COVID-19 doses are being administered — 2 were partially vaccinated and 7 had not received any dose against the infection. In this group, vaccination details of 73 people were unknown while 16 with confirmed infection were not yet eligible to receive the COVID-19 shots.

Commenting on these findings, Balram Bhargava, director general of the ICMR, said that evidence so far suggests that infection with Omicron does not necessarily mean severe clinical disease or symptoms.

“Therefore, the line of treatment of Omicron infected individuals remains the same, as is the case with other COVID virus variants,” he said, also urging people and states not to lower their guard.

In India, even though the number of daily COVID-19 cases as well as active cases nationally has been shrinking, many cities are now reporting a significant uptick. The government, on Friday, however, insisted that the emerging clusters too are largely dominated by the Delta variant so far.

Meanwhile, the early trend analysis of Omicron cases is in sync with at least three studies that have shown that the variant is less likely to result in hospitalization than earlier strains.

Data from South Africa, England and Scotland hints that people infected with Omicron are significantly less likely to be admitted to a hospital than if they contract other strains, and at least two of the studies also emphasized on the need for booster doses.