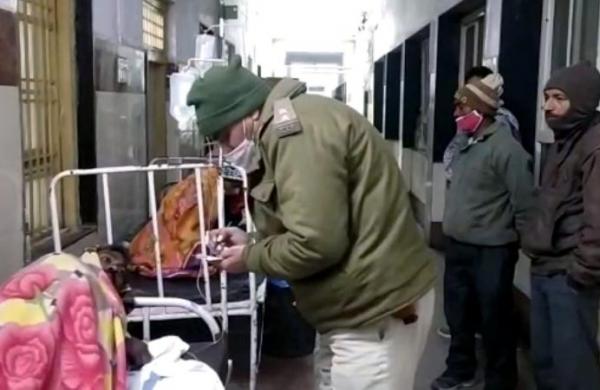 By Express News Service
BHOPAL: At least 14 men died allegedly after consuming spurious liquor in Morena district of Madhya Pradesh on Monday and Tuesday. Of the 18 people admitted to various hospitals, the condition of three was critical. The deceased and the hospitalised people hail from Manpur Prithwi, Pahwali, and Chherna villages under Bagchini and Sumaoli police station limits of Morena district.

As many as 18 other men, who too had consumed the same spurious liquor, have been hospitalised in Morena and Gwalior. Four of them are stated to be critical.  The deceased and hospitalised men hail from three villages —  Manpur Prithwi, Pahwali, and Chherna — under Bagchini and Sumaoli police station areas.

The deceased are aged between 25 and 55 and come from economically weaker sections.

The deceased, include two brothers and their uncle.

A relative of one of the deceased men alleged that making and sale of illicit liquor have been going on unchecked in Manpur Prithwi and adjoining villages owing to a nexus between cops at Bagchini police station and the local liquor makers.

“I can name the men — Giriraj, Pappu Pandit, Raju, Ranvir Rathore, and their kin. They are involved in the making and sale of illicit liquor with the help of Bagchini police station staff. After making the illicit liquor near Manpur village, they supply it in vehicles to small shops in villages, “a relative of one of the deceased men alleged.

Though the two of the three villages are located around 20-25 km away from each other, the men from both villages consumed thr liquor supplied by the common couriers.

According to reports from the Morena district, a few people had fallen ill after consuming countrymade liquor in Manpur Prithwi village two days back.

With the condition of the affected villagers worsening they were rushed to the Morena district hospital,. Some of them were referred to Gwalior after their condition deteriorated further.

Acting in the matter, the state government has suspended the in-charge Morena district excise officer Javed Ahmad, Bagchini police station in-charge Arvind Rathore, a sub-inspector, and constable of the same police station for dereliction of duty.

Based on the primary probe seven men have been booked under various IPC and Excise Act sections, including Section 304 IPC (culpable homicide not amounting to murder), Inspector General of Police (IG-Chambal Range) Manoj Sharma said on Tuesday.

“Two-three men have already been rounded up and search is underway for the remaining accused, ” Sharma added, This is the second spurious liquor tragedy in Madhya Pradesh within three months.

Earlier in October 2020, as many as 16 beggars and daily wage labourers had died after consuming pouches of poisonous liquor in Ujjain. Those arrested in the case, included two police constables, one of who died recently due to cardiac arrest at Ujjain Central Jail.

“Probe is underway into the unfortunate incident of Morena, but prima facie the in-charge district excise officer has been suspended for laxity in supervision. Whoever else is found responsible won’t be spared,” CM Shivraj Singh Chouhan said.

Ex-CM and Leader of Opposition Kamal Nath said, “It was 16 deaths in Ujjain and 12 so far in Morena, which speak volumes about how the mafia elements are ruling the roost, despite tall claims of the government about the anti-mafia drive.”

The state Congress chief tweeted: “This unfortunate incident exposes that all claims gaad doonga, taang doonga, latka doonga (will bury them and hang them) made by the CM about action against mafia elements ate mere show off and misleading.”