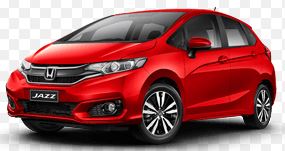 Japan’s vehicle company Honda plans to increase the price of vehicles in India from next month. The company’s dealers have been informed about this. Honda is operating in India through wholly owned subsidiary Honda Cars India Limited. A dealer of the company has confirmed that Honda has been increasing the price of cars since January. This is due to rising raw material costs and currency effects.

Honda Cars India sells compact sedans from Amaze to expensive SUV CR-V in the country. The initial price of Amaze is Rs 6.17 lakh, while the price of CRV is ex-showroom is Rs 28.71 lakh. Other cars in its portfolio include City, Civic, Jazz, WRV.

Prior to Honda, some other auto companies have also announced increase in prices of various models from January 2021. Last week Renault India said that from January it will increase the price of all models by up to Rs 28,000.

Apart from this, Maruti Suzuki, Ford India and Mahindra & Mahindra have also said that they will increase the prices of their vehicles from January to reduce the increased cost of raw materials and other commodities. Two-wheeler company Hero MotoCorp has also announced an increase in the price of its vehicles by Rs 1,500 from January 1, 2021 to compensate for the increased cost of raw materials.