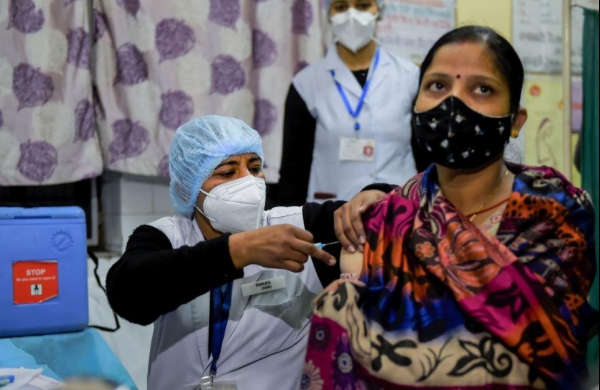 Express News Service
NEW DELHI: A government-appointed panel of the apex drug regulator on Saturday recommended emergency use authorization for Bharat Biotech’s Covaxin, India’s first homegrown vaccine against Covid-19, a day after it approved a Covid vaccine by AstraZeneca-Oxford University in the country.

The committee said that the recommendation was for the vaccine’s restricted use in emergency situations in “public interest as an abundant precaution, in clinical trial mode, especially in the context of infection by mutant strains”.

Bharat Biotech, in collaboration with the ICMR has developed Covaxin from inactivated SARS CoV 2, isolated at the National Institute of Virology, Pune. And though the vaccine has demonstrated good safety and immunogenicity in phase 1 and 2 clinical trials, it is still undergoing phase 3 trial in the country and therefore, its efficacy remains to be established.

Meanwhile, the Centre also publicly made a statement that the Subject Expert Committee (SEC) of the Central Drugs Standards Control Organization, following its meetings on Friday and Saturday made the recommendations for the consideration and final decision of the Drugs Controller General of India.

“Grant of permission for restricted emergency use of vaccine (is being given), subject to multiple regulatory conditionalities, to Serum Institute of India, Pune,” said a statement by the Union ministry of health and family welfare.

The back-to-back permissions granted to the vaccines could mean that they will be rolled out simultaneously in about a week.

The unscheduled meeting of the SEC on Saturday had been called to reconsider the application by Bharat Biotech reportedly under government pressure even as the panel had refused the permission a day earlier citing insufficient data.

The arguments made in favour of  Covaxin included its use of a familiar platform, capacity to generate antibodies against multiple proteins, promise of 6 to 12 months protection and T-cell response implying immune memory.

“The company also argued that antibodies against multiple proteins instead of spikes alone raises hope that it might have a better chance against the mutated variants,” a source in the committee said. A senior member of the national task force on Covid-19 expressed astonishment at the development.

“There may be theoretical advantages such as potential benefits of using a whole viral particle as opposed to spike protein vaccines in fighting new variants like B117 and the opportunity to quickly scale up the vaccination campaign,” he said.

“However, under any circumstances, rules of the game must be honoured,” he also said, adding that the move may draw backlash internationally, especially from bodies like the World Health Organization.

“There seems to be a political desire to release an Indian vaccine ahead of the visit by the British Prime Minister Boris Johnson and there is pressure from local groups,” confirmed a member of the National Expert Group on Vaccine Administration on Covid-19.