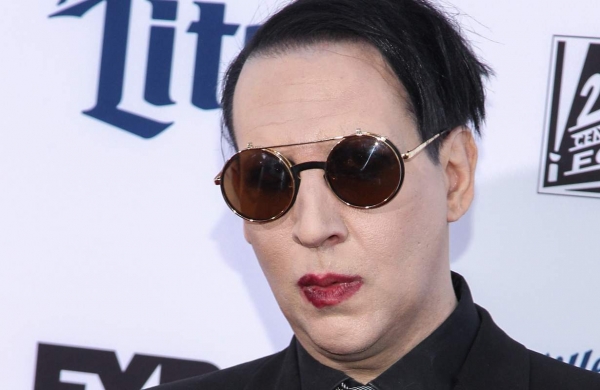 By ANI
WASHINGTON: In the wake of American actor Evan Rachel Wood’s recent accusation revealing that singer Marilyn Manson “horrifically abused” her for years when they were in a relationship, Manson was dropped by Hollywood talent agency CAA.

As per Variety, CAA has confirmed that it has dropped the star. Manson was represented for years at CAA and the agency also represents Wood.

Apart from CAA, Manson’s record label Loma Vista Recordings, which was behind his three most recent albums, also dropped him on Tuesday, hours after Wood’s recent allegations.

Additionally, a spokesperson for AMC Networks confirmed to Variety that an episode of Shudder’s anthology series titled ‘Creepshow’ featuring Manson has been scrapped. And Starz, which airs ‘American Gods’, on which Manson has a recurring role in the current third season, is re-editing an upcoming episode of the show to remove him from it.

The move to no longer work with Manson comes after Wood and four other women claimed that they had been sexually, physically, and emotionally abused by the 52-year-old singer.

In an Instagram post early Monday morning, Wood said, “The name of my abuser is Brian Warner, also known to the world as Marilyn Manson. He started grooming me when I was a teenager and horrifically abused me for years. I was brainwashed and manipulated into submission. I am done living in fear of retaliation, slander, or blackmail. I am here to expose this dangerous man and call out the many industries that have enabled him, before he ruins any more lives. I stand with the many victims who will no longer be silent.”

As per Variety, Wood spoke out about being a survivor of rape and domestic violence in a Rolling Stone article in 2016 and has focused her activism on those issues.In 2019, the actor had created the Phoenix Act, a bill that extends the statute of limitations on domestic violence to five years from three. California Governor Gavin Newsom signed the bill into law in October of 2019, and it took effect in January 2020.