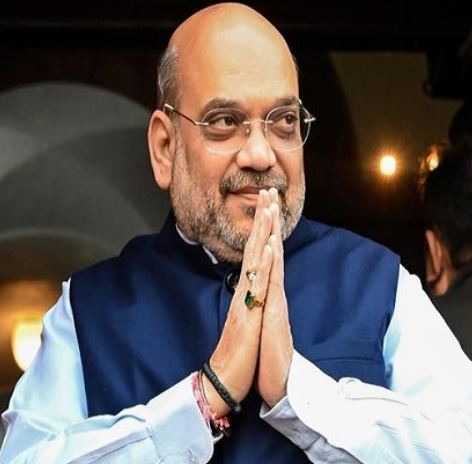 Union Home Minister Amit Shah on Thursday informed that he has spoken to Chief Minister of Tamil Nadu and Puducherry Edappadi K Palaniswami and V Narayanasamy respectively and assured them all possible help from the Centre in the wake of Cyclone Nivar.

“We are closely monitoring the situation in Tamil Nadu and Puducherry in the wake of Cyclone Nivar. Have spoken to CM Edappadi K Palaniswami and Puducherry CM V Narayanasamy and assured all possible help from the centre. NDRF teams already on ground to help people in need,” Shah tweeted.

The Cyclonic storm ‘Nivar’ is likely to continue to move northwestwards and weaken further into a cyclonic storm in the next six hours, the India Meteorological Department (IMD), informed earlier in the day.

The storm crossed the coasts of Tamil Nadu and Puducherry from 11:30 pm on Wednesday night to 2:30 on Thursday and moved west-northwestwards at a speed of 9 kmph in the last six hours. 00000Meanwhile, the cyclone continued to wreak havoc in several parts of Tamil Nadu with Chennai witnessing waterlogging and fallen trees in may parts.

According to officials, over one lakh people have been evacuated across Tamil Nadu and more than 1,000 people shifted to safer places in Puducherry. The Indian Navy on Wednesday put ships, aircraft, helicopters, diving, and disaster relief teams on standby. An Indian Coast Guard vessel has also been deployed off Chennai’s coast with disaster relief items.