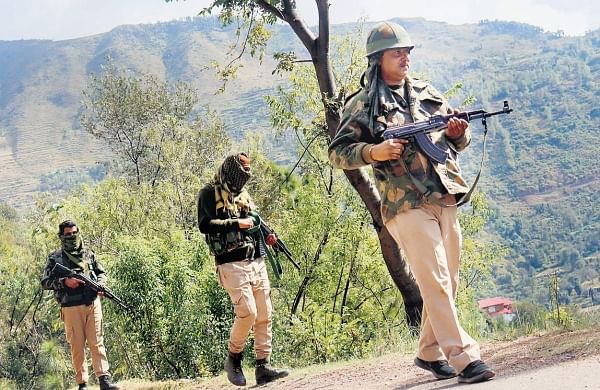 SRINAGAR: The operational commander of Hizbul Mujahideen was among two militants killed in an overnight gunfight with security forces at Chawalgam area of South Kashmir’s Kulgam district.

He identified the deceased militants as Shiraz Molvi and Yawar Bhat, both belonging to Hizbul Mujahideen.

According to police official, Shiraz Molvi was A++ categorized militant and was active since 2016.

“Shiraz was Hizb’s operational commander for Kashmir,” he said, adding 19 FIRs were registered against him.

The official further said Yawar had joined militancy in March this year and two FIRs were registered against them.

The joint contingent of police, CRPF and army had launched a search operation in Chawalgam area of Kulgam yesterday after receiving inputs about the presence of militants there.

He was affiliated with militant outfit Mujahideen Gazwatul Hind and was a relative of one of the accused of February 14, 2019 Lethpora militant attack in which 40 CRPF men were killed, the IGP said.

“Aamir was assigned the task to carry out a fidayeen attack,” the IGP said.