History of India is not just what was written by those who enslaved us: PM Modi 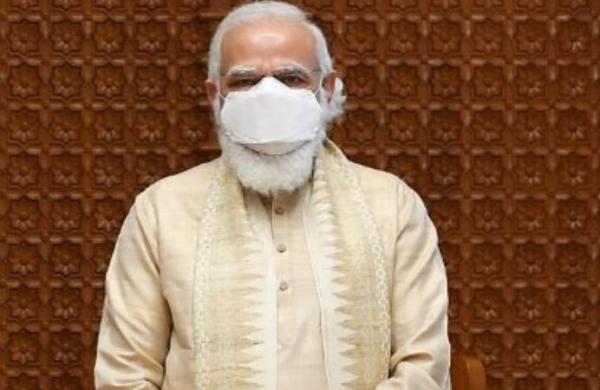 By ANI
BAHRAICH: Targeting historians for distorting the history of the country, Prime Minister Narendra Modi on Tuesday said that the history of India is not just what was written by those who enslaved the country, but also the stories represented in the folk tales of the people.

Speaking at the foundation stone laying ceremony of Maharaja Suheldev Memorial, PM Modi said, “History of India is not just what was written by those who enslaved this country and those with a slave mentality. India’s history is that too which the common people of India have kept in the folk stories of India, that which has been carried forward by generations.”

“Today when India is entering the 75th year of independence, there can be no bigger an occasion to remember and take inspiration from the contribution of such great men (Maharaja Suheldev), their sacrifice, struggle, valour and martyrdom,” PM Modi added.

Hailing Sardar Patel for playing an important role in bringing 565 princely states under the Indian union, Prime Minister Modi asked, “How well we recognised the man who brought together hundreds of the princely states together. Today, we have the largest statue of Sardar Vallabhai Patel in the world that is inspiring us.”

Prime Minister Narendra Modi hailed BR Ambedkar for drawing up a Constitution that protected the rights of backward classes.

“Dr BR Ambedkar, who played a pivotal role in the creation of the country’s Constitution was also seen with a mere political lens. There are several other leaders whose contribution was not recognised for one reason or another,” he added.

Speaking on the occasion of Basant Panchami and Saraswati Puja, Prime Minister said, “This Basant has come with new hopes and new enthusiasm for India that is moving forward, leaving behind the despair of the pandemic.”

The event in Bahraich, Uttar Pradesh marks the birth anniversary of Maharaja Suheldev. Chief Minister of Uttar Pradesh Yogi Adityanath was also present on the occasion.

The complete project will include the installation of an equestrian statue of Maharaja Suheldev and the development of various tourist amenities like a cafeteria, a guest house and a children’s park, a government statement said.

Maharaja Suheldev’s devotion and service to the country is a source of inspiration for all and with the development of this memorial site, the country will be able to get better acquainted with the heroic saga of Maharaja Suheldev. It would also further enhance the tourist potential of this site, it added. (ANI)