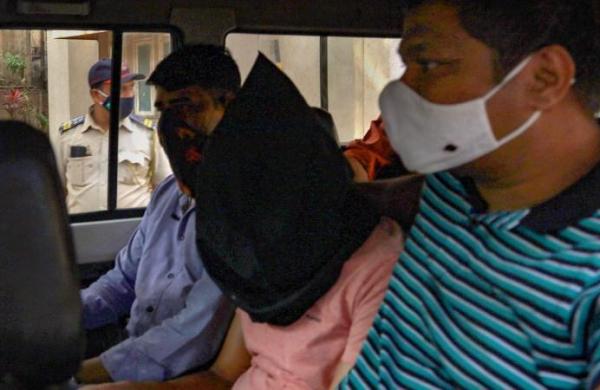 By PTI
MUMBAI: The Maharashtra Anti-Terrorism Squad (ATS) has arrested two persons, including a policeman, in connection with the alleged murder of businessman Mansukh Hiran, whose body was found in a creek in neighbouring Thane earlier this month, an official said on Sunday.

The arrests were made late night on Saturday, he said.

The arrested accused were identified as Vinayak Shinde, a police personnel, and Naresh Dhare, a bookie, the official said.

“Both the accused were on Saturday called to the ATS headquarters for questioning in connection with the case and later placed under arrest,” he added.

Shinde is a convict in Lakhan Bhaiya fake encounter case and he come out from jail on furlough last year, he said.

Their arrest came the day the Ministry of Home Affairs (MHA) handed over the probe into the Hiran death case to the National Investigation Agency (NIA).

The state ATS was investigating the case till then.

Hiran’s body was found on March 5, days after an explosives-laden vehicle was found parked near industrialist Mukesh Ambani’s multi-storey residence ‘Antilia’ in south Mumbai on February 25.

“The state ATS has so far interrogated several people, including police officials and the family members of the deceased.

The arrest of these two persons is a major breakthrough in the case,” the official said.

The ATS had earlier registered a case under IPC sections 302 (murder), 201 (causing disappearance of evidence of offence or giving false information to screen offender), 120B (criminal conspiracy) and 34 (common intention) against unidentified persons in connection with Hiran’s death.