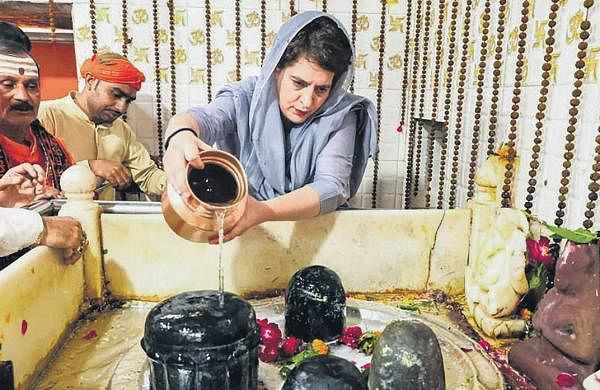 NEW DELHI: As the Hindutva vs Hinduism debate rages in Congress following former party chief Rahul Gandhi’s recent comments, there is a split in the leadership. Some are worried that the party should avoid getting into this debate ahead of Assembly elections while others feel the party needs to talk about it to remain electorally relevant in its fight against BJP.

Rahul’s comments that killing innocent people is not Hinduism but Hindutva invited wrath from various fronts. But crucially, his own party now appears divided over the matter. Senior leader and MP Manish Tewari said that Congress might have started a slide down on a slippery slope by deviating from the Nehruvian ideal of secularism and that he was confused about the Hinduism vs Hindutva debate.

1/2 Ideal that Religion is a private space activity. Everyone has the right to practice,profess & propagate their religion in their private lives. In Public domain there should be a strict separation of the Church & State.I am a Hindu,I worship my God but that is not my politics
— Manish Tewari (@ManishTewari) November 17, 2021
“In the Hinduism Versus Hindutva debate, some people in Congress miss a fundamental point. If I were to believe that my religious identity should be the basis of my politics, then I should be in A Majoritarian or Minoritarian Political Party. I am in the Congress because I believe in the Nehruvian ideal that religion is a private space activity,” Tewari said on Twitter.

However, some others in the party are for ‘soft Hindutva’ to reach out to people. They say  the party cannot woo people if it is seen as only for the minority sections. “The party cannot ignore the majority (Hindus) and have to reach out to them to win elections. It does not mean following the BJP style of spreading hate and anger in the name of religion. But making such (like Khurshid) statements will dent our chances and we will be projected as against the majority,” said a leader from Uttar Pradesh.

Plagued with infighting in a few states, this internal debate is something Congress could have done without.