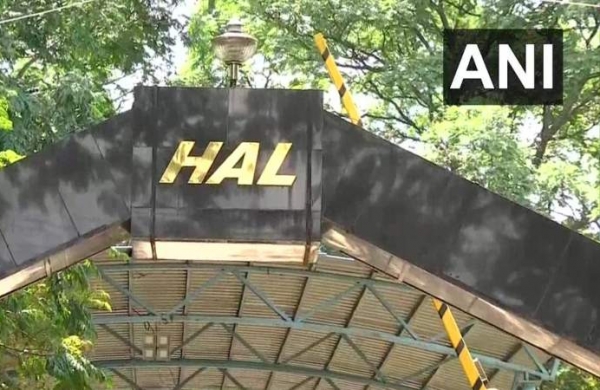 By PTI
BENGALURU: State-run aerospace behemoth Hindustan Aeronautics Ltd (HAL) on Friday said it has handed over three Advanced Light Helicopter (ALH Mk III) to the Indian Navy and two to Indian Coast Guard as part of its 16 helicopter contract at the ongoing Aero India.

The company also said its Light Utility Helicopter (LUH) received the Initial Operational Clearance (IOC) for the Indian Army from Centre for Military Airworthiness and Certification (CEMILAC). The ALHs were handed over by R Madhavan, CMD, HAL to Admiral Karambir Singh, Chief of Naval Staff and K Natarajan, DG, Coast Guard in the presence of Defence Minister Rajnath Singh.

“The remaining helicopters from the contract are under various stages of production, flight tests and we plan to deliver all the helicopters within the contract delivery schedules despite production slowdown due to COVID restrictions,” Madhavan said.

ALH has clogged close to 3,00,000 cumulative flight hours and proven its mettle in versatile operations, HAL said. The ALH Mk III is fitted with a state-of-the-art Glass cockpit and powerful Shakti engine, it said, adding that the contract involves integration of 19 major systems with the existing ALH MK III.

Regarding LUH, Madhavan said thrust is being given by HAL for indigenous R&D programmes towards self-reliance and enhancing operational effectiveness of Armed Forces. The LUH is a 3-ton class new generation single engine helicopter indigenously designed and developed by Rotary Wing Research and Design Centre of HAL with features suitable for operations in the diverse operating conditions unique to India.

The LUH will replace the ageing fleet of Cheetah/ Chetak helicopters operated by the Services. According to Arup Chatterjee, Director (Engg.and R&D), performance of the basic helicopter in all terrains and under all weather conditions is satisfactory.

HAL is currently in the phase of integrating and flight-testing mission role equipment on LUH, and the company is fully geared up to fulfill the requirements of customers in a time bound manner. The LUH is powered by a single turbo shaft engine Ardiden 1U from M/s.