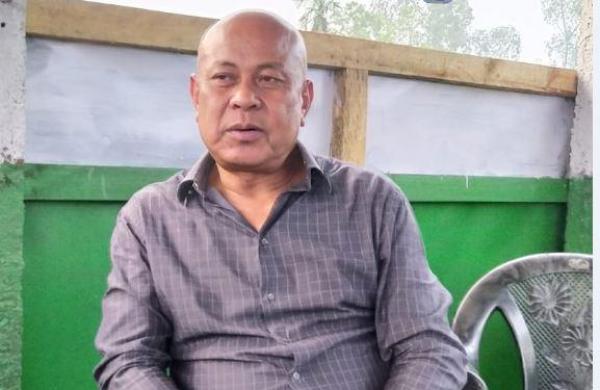 “At a meeting of (non-Congress conglomerate of political parties) NEDA (North-East Democratic Alliance), I had made a statement that Sonowal should be the CM again. But he (Sarma) took offense and started going after me ever since. He wanted to finish me off politically,” Mohilary, who is the chief of Bodoland People’s Front (BPF), said.

Union Home Minister Amit Shah was among the leaders at the NEDA meeting in Guwahati.

During his life in the Congress, Sarma and a group of party MLAs had raised the banner of revolt against former CM the late Tarun Gogoi but the Congress leadership decided to continue with the veteran leader.

Mohilary said Sarma had given a very bad report about him to Prime Minister Narendra Modi and Shah, disapproving of an alliance with the BPF in the recently-held elections to Bodoland Territorial Council (BTC) and insisting the BJP should pick All Bodo Students’ Union or United People’s Party Liberal (UPPL).

The BPF ruled the BTC all three terms until being ousted by the BJP-UPPL combine in December last year. Mohilary alleged the BJP had rigged the polls.

“It was not a free and fair election. Himanta has money and administration with him. Utilising them, he rigged the polls, or else, we would have secured an absolute majority,” Mohilary said.

He continued: “We emerged as the single largest party and others would have joined us. Himanta was afraid, so he resorted to horse-trading after kidnapping the elected members of other political parties. They were kept at a Guwahati hotel, disallowed to talk to people on their mobile phones and subjected to torture. (BTC chief) Pramod Bodo (of the UPPL) has not been able to run the autonomous council of his own volition. He is running it as per Himanta’s orders.”

The BPF is the BJP’s virtual foe in the Bodoland Territorial Region (BTR) but a friend in the state’s three-party coalition government where it is a constituent and has three ministers. Explaining it, Mohilary said the BPF has not yet walked out of the government.

“We are waiting when the BJP drives us away. Our ministers will not leave the government. If we are driven out, we will say what needs to be said. I helped the BJP when it had a problem and needed our support. Today, they betrayed us,” Mohilary lamented.

The fight in the upcoming Assam elections will be among coalitions of parties. There is a Congress-led grand alliance of six parties; BJP-UPPL-Asom Gana Parishad combine and a united front of regional parties that has Asom Jatiya Parishad, Raijor Dal, and others. Mohilary said the BPF too was in discussions with all political parties for an alliance.

“We will declare by February 19 or 20 who we are aligning with. We are trying to assess who we should forge an alliance with to be able to form the government. We believe with whichever party or coalition we will stitch an alliance, we will be able to form the next government. We got this conviction three times in the past 15 years,” Mohilary said.

He said the BPF had direct and indirect talks with all political parties for the alliance. It will be a different election this time around and will not be like what BJP, Congress, and other parties thought before. The BPF is hopeful that a good government, as desired by the people, will be installed, Mohilary said.

He was confident the BPF will win all 12 seats, currently held by the party, in the BTR. “We will win all of them. We are preparing our strategy. We are also analyzing if we should field candidates outside the BTR,” he added.