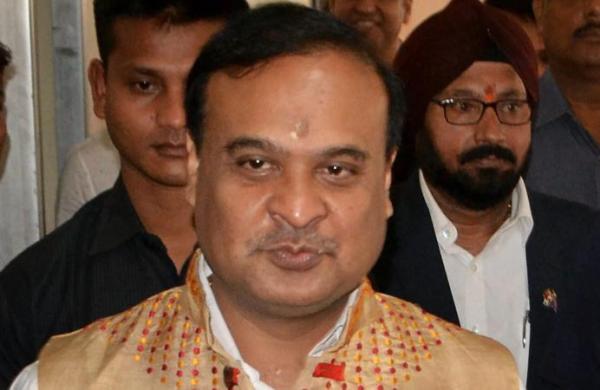 These two borders are important corridors and the success of the fight against COVID depends on better management of these borders, Sarma told reporters.

While Cooch Behar in West Bengal shares boundary with Dhubri, Jalpaiguri is on another side of Kokrajhar.

The chief minister took stock of the COVID-19 testing centre set up at Chagolia and the steps taken to conduct testing on incoming vehicle drivers and passengers.

He reviewed the vehicle entry data through the border gate with the district administration and directed the authoritiex to increase RT-PCR testing to bring down the high positivity rate in the district.

The chief minister said that except Guwahati, the COVID scenario is not improving substantially in other parts of the state and though positivity rate is coming down, the number of people getting infected is not decreasing considerably.

“There is, however, indication of the situation improving in the next ten days”, he said.

Sarma also directed that micro containment zones be declared in areas with high positivity rate while ramping up vaccination in the vulnerable urban pockets.

He said that Dhubri Medical College would be made operational within next year.

Notably, rapid antigen tests have been conducted on 14,306 people entering Assam through the Chagolia gate in 3438 vehicles since April 24 and out of them, 528 people have tested positive.

Among them 271 were allowed home quarantine while 153 have been provided with institutional quarantine.

The chief minister during the review at Srirampur directed the Kokrajhar district administration to increase testing and conduct 20 per cent RT-PCR of all COVID tests.

He said that while coronavirus positivity rate has gone down in the district, still around 60 to 90 positive cases are detected every day.

Sarma said that the district administration has been directed to gradually decrease home quarantine of positive patients as the chances of COVID outbreak in villages is potentially higher in case of home isolation.

He also said that the administration has been instructed to intensify RAT and RT-PCR testing.

The chief minister further mentioned that while 1.20 lakh Covid tests were conducted in the state on Monday, daily COVID cases hovers around six thousand.

He also said that the state government plans to set up oxygen plant in every district hospital to meet future oxygen demand.

The chief minister said that there is adequate stock of oxygen in the state and Assam is supplying 15 metric tonne of oxygen to several neighbouring NE states.

Moreover, Assam would receive 160 MT of oxygen every week through Oxygen Express, which would come twice weekly with 80 MT capacity per trip, he added.

Replying to a query that people from outside the state in the age group from 18-44 were taking COVID vaccine in Assam, the Sarma said that he would immediately take necessary steps on this issue.

He also informed that with a view to ensure that there is no shortage of essential commodities and medicines in the state, COVID test of drivers of goods carriers are being conducted at their final destination.