Himachal CM announces sops, including discount for women in buses, with an eye on polls 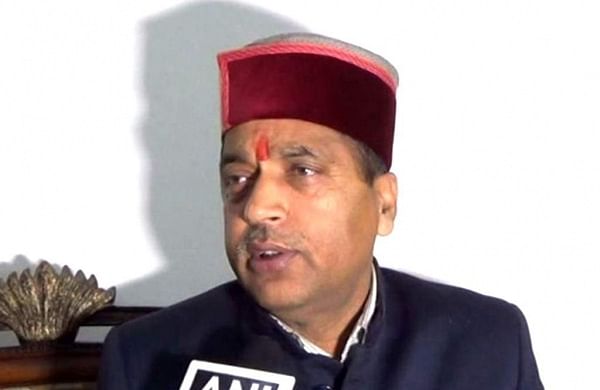 CHANDIGARH: With an eye on the assembly elections slated for November this year, Himachal Pradesh Chief Minister Jai Ram Thakur on Friday announced several sops including 125 units of free power to all consumers, no water charges for people living in rural areas, and 50 percent discount to women in bus travel, on the occasion of the 75th Himachal Day at the state-level function held at Chamba.

Addressing the gathering, Jai Ram Thakur announced that all consumers, who use up to 125 units of power, will not get bills from July 1 for up to 125 units will be free. This would benefit 11.5 lakh consumers and would cost the state to the tune of Rs 250 crores.  He also announced that families living in rural areas need not pay water charges.  Further, women travelling in state-owned Himachal Roadways Transport Corporation (HRTC) buses will get 50 percent discount.

Moreover, Thakur also announced Rs 5 crore for expediting work on Holiuttarala road and mini secretariat at Chamba Head Quarters to facilitate people of the district. He announced beautification and improvement at Chamba town, besides taking steps to solve the traffic problem of Chamba town.

He said that the state government is getting needed support from the Centre in implementing development projects. Prime Minister Narendra Modi has a special attachment towards Himachal Pradesh and under his leadership, the state has got projects worth thousands of crores.

The state government, he claimed, has focused on bringing positive changes in the lives of the people and ensuring rapid and balanced development of the state. He recalled that the government in its very first cabinet meeting reduced the age criteria for providing old-age pension from 80 years to 70 years without any income limit, which has now further been reduced to 60 years. As against the Rs 436 crore spent on social security pension today more than Rs 1,300 crore is being spent.

He mentioned the “unique initiative” of hosting Jan Manch for redressal of the grievances of the people of the state at their doorstep. And to date, 25 Jan Manch have been organized at 244 places and out of 54,565 complaints received, more than ninety percent have been resolved.

Thakur said that the state government started the `HIMCARE’ scheme in January 2019 under which five members of the beneficiary family were being provided free treatment facility up to Rs 5 lakh per year. He said that to date 5.40 lakh families have been registered under HIMCARE and a sum of Rs. 218 crore has been spent on cashless treatment of 2.40 lakh patients. He said that ‘Mukhya Mantri Sahara Yojana has been started to provide financial assistance to the economically weaker sections suffering from serious ailments. Under this scheme, financial assistance of Rs 3,000 is provided to them every month and so far Rs. 60.50 crore has been provided to about 18,000 beneficiaries under this scheme, he added.