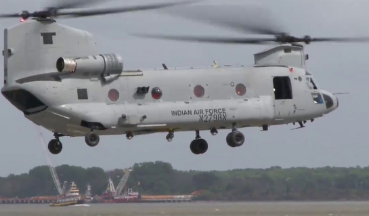 Recently, Chief Secretary Omprakash had taken stock of the arrangements at Kedarnath and directed the DDMA to prepare the helipad within ten days. In the year 2015, this helipad has been expanded by expanding the helipad made for landing the Mi-26 helicopter.

For this, 45 cottages of Garhwal Mandal Vikas Nigam were removed from one part of the helipad. A 50 meter wide and 100 meter long platform has been prepared for the helipad. On Saturday, Air Force cargo helicopter Chinook made a safe landing at the helipad built in Kedarnath.