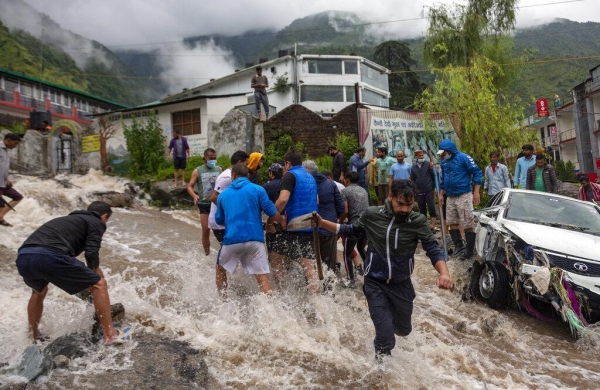 State disaster management director Sudesh Kumar Mokhta said that the helicopter reached Lahaul this morning and will be rescuing the 66 people stranded at various places in Udaipur.

The helicopter was allowed to fly as weather was favourable on Sunday. Earlier, it could not fly due to bad weather for two days, Mokhta added.

So, 178 stranded people were rescued through a zipline or ropeway as a helicopter could not fly for evacuation due to bad weather, he added.

They were stranded at Udaipur in the tribal district after a cloudburst over Tojing Nullah on Tuesday, he added.

Chief Minister Jai Ram Thakur had on Saturday visited flood-affected areas of the Lahaul Valley to take stock of the losses due to flooding in Tojing Nallah on July 27.

Thakur had also inspected the areas with a team of the district administration, Border Roads Organisation (BRO) and the Indo-Tibetan Border Police (ITBP).