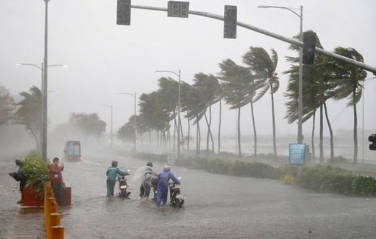 After the low pressure area formed in the Bay of Bengal turned into deep depression, the fire has increased in Kakinada between 5 am and 7 am today. According to the information, at this time the wind speed is 55 to 65 km. It was hourly and heavy rains started in various areas along with Kakinada in Andhra Pradesh. According to the information received from the State Meteorological Department, due to the impact of this downfall, there is heavy rain in South Odisha.

It is being told that along with South Odisha, the capital Bhubaneswar has also started raining with strong wind. Especially heavy rains are reported in Koraput, Malkangiri, Navarangpur Gajapati and Rayagada districts.