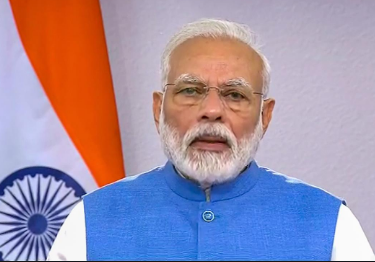 Due to heavy rains and release of water from large dams, the flood situation in several parts of Karnataka remained grim on Friday even as heavy rains and flooding in the neighboring states of Pune, Aurangabad and Konkan division of Maharashtra claimed 47 lives in the last three days. Has been lost and millions of hectares of crops have been damaged. Prime Minister Narendra Modi on Friday spoke to Karnataka Chief Minister BS Yeddyurappa and Maharashtra Chief Minister Uddhav Thackeray and assured all possible help from the Center.In western Maharashtra, 28 people have died in rain-related incidents. This part of the state comes under Pune division. 16 people died in Aurangabad division of central Maharashtra and three in coastal Konkan. According to Pune’s Divisional Commissioner Office, more than 2300 houses have been damaged due to heavy rains and floods and 21000 people have been evacuated to safer places. In Pune, Solapur, Satara and Sangli districts, 57,000 hectares of crops like sugarcane, soybean, vegetable, paddy, pomegranate and cotton have been damaged.