Heavy rainfall forecast in September, summer crops will be damaged 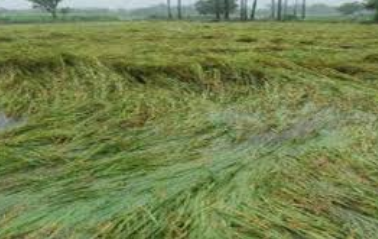 Central and western regions of the country important for summer harvest, heavy rains during the second fortnight of September can cause damage to crops. Agricultural experts and government officials have expressed such apprehension. The Meteorological Department had said last week that the monsoon was active at some places in the first week of September, but could show further effect in most parts of the country. Heavy rains may occur in some parts important for agriculture. Encouraged by the good monsoon rains, farmers have cultivated crops such as paddy, maize, cotton, soybean and sugarcane on a record scale.

About 70 percent of the rainfall in the country is due to monsoon winds. In the first month of the rainy season, the monsoon was quite active in June and received about 17 percent more rainfall than the average, but in July it was 10 percent less rainy than the average. Monsoon activity again increased in August and it received nearly 27 percent more rainfall than average. Due to heavy rains last month, some crops like cotton, pulses and soybean were damaged in some areas. In the absence of any official statement in this matter, trade, industry and government officials say that the excess rainfall in August has not affected the same effect in all areas. The crops have not been damaged on a large scale, but if there is heavy rainfall in the remaining weeks of this month, there will be huge losses as it is time for the crop to ripen.