Health services are becoming accessible to the villagers 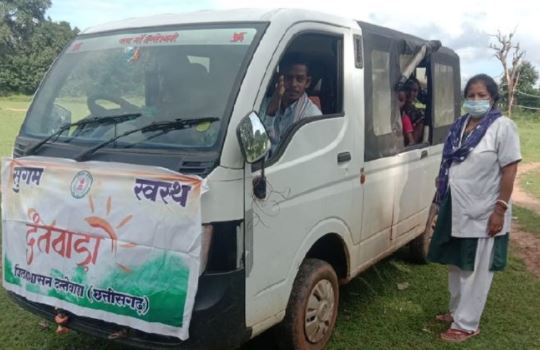 In the interiors of Dantewada district, the health care of the administration is proving to be lifelong in providing quick health care to the sick and injured people. When the emergency service 108, 102 or hospital ambulance is not provided to the villagers, they reach the hospital by private vehicles in the village. In the last three months, 149 such victims from private vehicles reached the district hospital. Whose vehicle fare administration is borne and paid.

On the initiative of Collector Deepak Soni, Sugam Health Service was started three months ago. In this, a contract has been signed to transport the patients of the area to the hospital after consulting private vehicle owners living in rural areas. In lieu of this, the concerned vehicle owner is paid by the administration. In three months, 149 such patients were taken to the hospital by private vehicles. In return, the administration has paid a total of 52 thousand 300 rupees to the vehicle owners concerned.