He will be flying back,’ CEO says CSK player will play no further part in Indian Premier League 2020 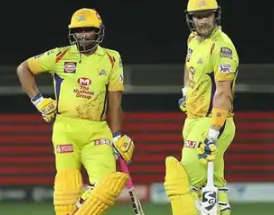 Things haven’t gone to plan for Chennai Super Kings this season. They were big favourites ahead of Indian Premier League season 13. They were in the limelight as fans were excited to witness MS Dhoni back in action after more than a year. He also had announced his retirement from international cricket ahead of the tournament.However, things started on the wrong foot for the three-time champions. Several players and staff members were found to be Covid-19 positive during testing. Then star batsman Suresh Raina and experienced spinner Harbhajan Singh left UAE for India due to personal reasons. They won the first match against Mumbai Indians but things have been bumpy since then. CSK now sit in the last position in the IPL 2020 points table with only 3 wins from 10 matches. He is arguably one of the greatest cricketing brains to ever play the game. He can see things and assess situations which other players can’t and you can see, as the tournament progress, his forms getting better as well,” he added.