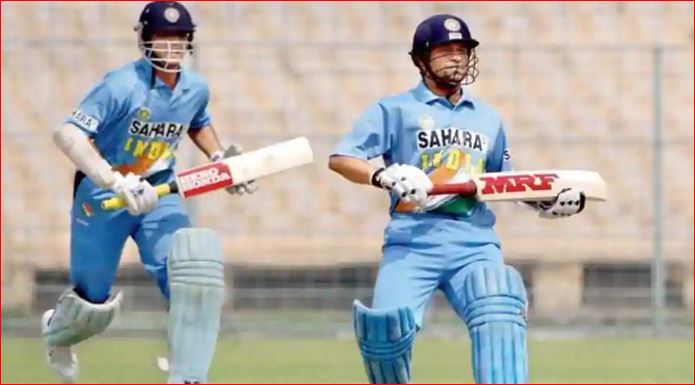 For the Indian cricket team, there has never been an opening pair more successful than the one of Sourav Ganguly and Sachin Tendulkar. Between 1996 and 2007, Tendulkar and former India captain Ganguly have opened for India in 136 innings, and have amassed 6,609 runs at an average of 49.32. In terms of runs, the Tendulkar-Ganguly pair is the most successful in the world. India also used the pairs of Tendulkar-Virender Sehwag, and Ganguly-Sehwag in the middle but while these did well, and the current pair of Rohit Sharma and Shikhar Dhawan has also been really successful, none has yet managed to match up to the level of success Tendulkar found with Ganguly.

But there’s a rumour that’s been circulating for the longest time, that Tendulkar always wanted Ganguly to face the first ball whenever the two came out to bat. In a chat with Mayank Agarwal on his latest special episode of ‘Open Nets with Mayank’, Ganguly revealed whether the rumour is a myth or a reality.

So far 313418 metric tonnes of paddy has been procured in Bemetara district.