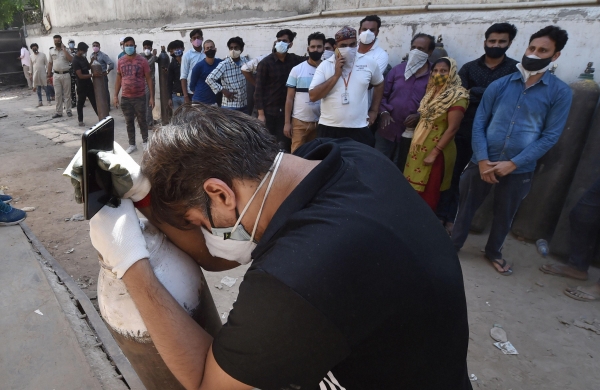 By PTI
NEW DELHI: The Delhi High Court has sought the Centre’s reply on a plea challenging imposition of Integrated Goods and Services Tax (IGST) on the import of oxygen concentrators as gift for personal use.

A bench of Justices Rajiv Shakdher and Talwant Singh issued notice to the Centre on the petition and appointed senior advocate Arvind Datar as amicus curiae to assist the court in the matter.

As an interim, the court directed that the oxygen concentrator being imported by the 85-year-old petitioner be released by the custom authorities, subject to his depositing with the court an amount equivalent to the IGST payable.

The court listed the matter for further hearing on May 18.

The petition by the senior citizen, who is currently suffering from COVID-19, said his nephew has sent an oxygen concentrator for him as a gift from the US to ameliorate his condition.

He has challenged imposition of IGST on import of oxygen concentrators for personal use, as the essential equipment is already in shortage in the country during the COVID-19 pandemic.

He has challenged a May 1 notification issued by the Ministry of Finance that such oxygen concentrators imported for personal use, irrespective of whether they are a gift or otherwise, will be charged with an IGST of 12 per cent.

Senior advocate Sudhir Nandrajog, representing the petitioner, had earlier said another notification has been issued by the ministry on May 3 which says that if someone is giving it for charity, then it is exempted from IGST.

The plea said the May 1 notification is violative of Articles 14 and 21 of the Constitution since the same is arbitrary and infringes the right to life of patients reeling under the COVID-19 pandemic.

It said the notification unconstitutionally mandates that the petitioner and other similarly placed Indian citizens to pay IGST on something as crucial as oxygen concentrator which is been gifted to them specifically for their personal use under the present circumstances wherein there is a nationwide crisis owing to the unavailability of oxygen concentrators and similar medical equipment.

The high court had earlier said this petition represents one of those rare writ actions, whereby, a notification issued in the realm of a tax statute has been assailed under Article 21 of the Constitution.

“That tax is an exaction by the State is well known. That its levy and collection, ordinarily, does not encompass equity, is also, well known. But, presently, we are living in difficult times and, therefore, perhaps, the petitioner has invoked Article 21 of the Constitution,” it had said.