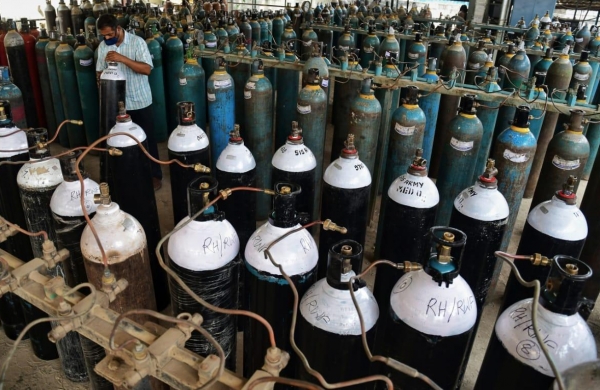 By PTI
MUMBAI: The Bombay High Court on Thursday said the Maharashtra government must consider passing an ordinance making it mandatory for private hospitals to have their own oxygen manufacturing units to meet the demand for the life-saving gas amid the COVID-19 pandemic.

A bench of Justices Amjad Sayyad and G S Kulkarni was referring to a previous order of the court, in which a bench led by Chief Justice Dipankar Datta had said that it was high time that private hospitals in the state had their own oxygen plants.

The court had previously directed the state to inform it about the time needed, cost and area required for setting up such plants.

Kumbhakoni further said hospitals will need one to two weeks to install manufacturing plants, and each plant with the capacity to produce one metric tonne of oxygen per day would cost Rs 1 crore.

To this, the bench asked whether this was feasible, as there is a third wave coming and the state needs to be prepared for it.

The Advocate General said the state would also have to amend the existing statutory provisions to make it compulsory for private hospitals to install oxygen plants.

“Instead of amending the Acts, you can consider passing an ordinance to the effect. That would save time,” the court suggested.

The court will continue hearing the matter on June 2.