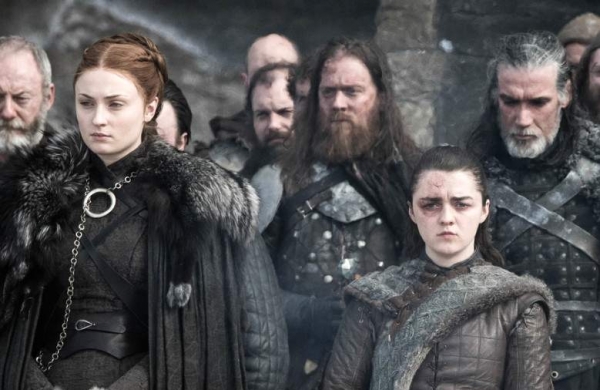 By ANI
WASHINGTON: Good news for all the ‘Game of Thrones’ fans as HBO recently announced the launch of The Iron Anniversary, a month-long celebration to commemorate the 10th anniversary of the series premiere.

It has been almost two years since the beloved fantasy series went off the air, but April 17 marks the 10th anniversary of the show’s original premiere. And HBO is celebrating it in style with the Iron Anniversary, a month’s worth of events to revisit the series, raise money for charity, and get fans ready for the coming spin-offs like ‘House of the Dragon’.

As per Variety, the upcoming celebration will include a range of features and events for viewers. The Iron Anniversary will include an interactive ‘Game of Thrones’ spotlight page on HBO Max (which is live now), as well as a ‘GOT’ ‘MaraThrone’ of all episodes of season one and more throughout the month.

Additionally, Warner Bros. Consumer Products is releasing a new line, including a one-of-a-kind Imperial egg by Faberge, a range of Mikkeller beers inspired by the fantasy series and an assortment of iron-textured Funko Pop figures.

The ‘Game of Thrones’ spotlight page on the streamer will feature a broad introduction to the world and characters for new viewers, as well as spoiler-laden curations featuring Easter eggs for die-hard fans. Also, subscribers will be able to stream over 150 videos of cast interviews, behind-the-scenes extras, clips and trailers.

The ‘MaraThrone’ will air season one on April 10, starting at 10 am on HBO2. But with all episodes streaming on HBO Max, fans will be encouraged to binge various episode collections of the series separately, to raise money for philanthropic causes.

The fantasy series may have come to an end, but its franchise will live on for a long time to come. Its upcoming prequel series titled ‘House of the Dragon’ is slated to begin production this year.

The prequel is set a few hundred years prior to the events of ‘GOT’ and tells the story of House Targaryen and the Targaryen civil war that became known as the ‘Dance of the Dragons’. The series received a 10-episode order with an eye toward a 2022 debut.

‘House of the Dragon’ is only one of several ‘GOT’ TV projects currently in the works. Variety had earlier reported that a ‘Tales of Dunk and Egg’ series is in early development at HBO, while an animated ‘Game of Thrones’ project is in the works at HBO Max. (ANI)