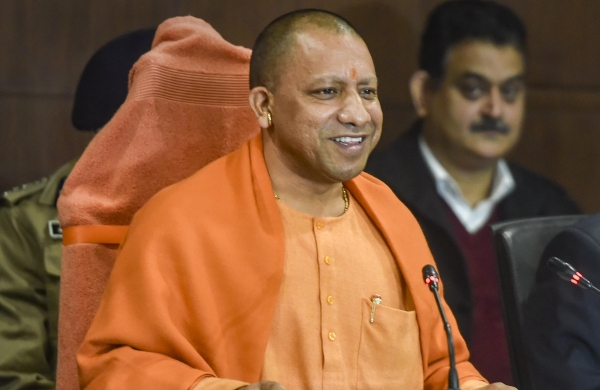 Express News Service
LUCKNOW: As the main accused of Hathras farmer murder case Gaurav Sharma is still at large, the Uttar Pradesh Police has announced a cash reward of Rs 1 lakh on his head and Rs 25,000 each on two of his accomplices.

During a speech in the Assembly, CM Yogi Adityanath held Samajwadi Party responsible for the killing of the farmer.

Gaurav Sharma and five others had shot 48-year-old farmer Amrish Kumar Sharma dead when he was working in his field in Nauzarpur village under Sasnigate Police Station on Monday afternoon.

Gaurav Sharma, the main accused, shot the farmer in July 2018. The police have so far arrested one of the accused and let off a suspect detained for questioning. Chief Minister Yogi Adityanath had taken serious note of the farmer’s killing after a video of the deceased’s daughter seeking justice went viral. The CM had directed the police to slap NSA and arrest all the accused within 24 hours.

Old enmity was stated to be the reason behind the farmer’s killing. The deceased had registered an FIR against Gaurav in 2018 when the latter had molested his daughter. Gaurav was arrested and sent to jail but he got bail in a month. Since then he had allegedly been mounting pressure on the deceased to withdraw the case.

On Monday morning, the deceased daughters went to a temple where they met Gaurav’s wife and aunt, who allegedly asked the girls to withdraw the case lodged against Gaurav in 2018. They had a verbal duel. Amrish too rushed to the temple and warned Gaurav’s wife and aunt to stay away from his family.

Gaurav got enraged when he came to know about the altercation. He along with five of his accomplices went to Amrish’s fields. Before the farmer could realize anything, he pumped several bullets on his body.

Amrish’s wife also told the police that despite being married, Gaurav was forcing her husband to marry off their younger daughter to him. He had even threatened Amrish to kill him if he did not do so.

On Wednesday morning, the Samajwadi Party members created a ruckus in the Assembly over the law and order situation in the state with reference to the Hathras incident. The CM responded to their charge by saying: “Why the word Samajwadi is added with every crime in the state? In Hathras farmer murder too, pictures of the main accused in a red cap with Samajwadi Party leaders are circulating on social media.”

“I ask Samajwadi Party leaders to tell on the floor of the House if the party had no links with the accused in Hathras farmer murder case? The Hathras crime has put the Samajwadi Party again in the dock,” the CM asserted.