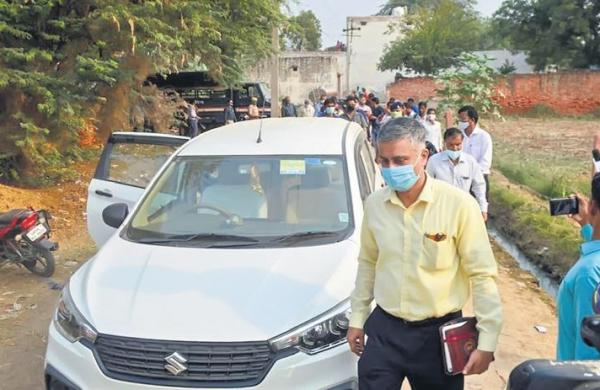 By Express News Service
LUCKNOW: A special SC/ST court started the hearing into the Hathras gangrape and murder case on Monday. During the hearing, the counsel of both the parties were handed over the copies of the chargesheet submitted by the CBI. The next hearing has been posted for January 29.

Sources said that the four accused — Sandeep Singh Sisodiya, Ramkumar, Ravi and Luvkush — were brought from Aligarh jail under a thick security blanket for the hearing. The CBI investigating officer (IO), DSP Seema Pahuja, was also present in the court. After their first appearance, all the accused were sent back to Aligarh.

Sources said that when the four accused were brought to the court, their parents and relatives mobbed the police van. “They were crying and wanted to have a glimpse of their sons,” said the sources.  The CBI had submitted the on December 18.

A 19-year-old Dalit girl was allegedly raped by the four accused, who attempted to kill her on September 14. The victim succumbed at Safdurjung hospital in New Delhi on September 29.