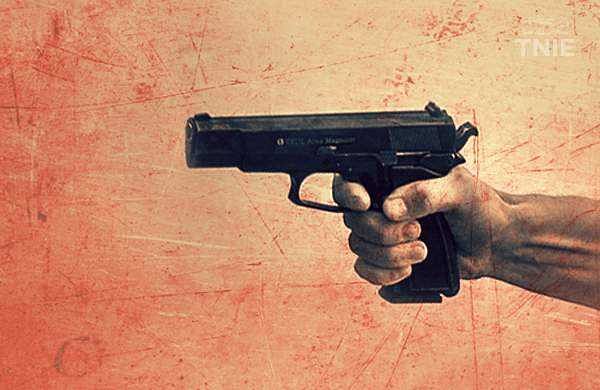 CHANDIGARH:  A wrestler Nisha Dahiya (21) and her brother Suraj (18) were shot dead today allegedly by a coach and two others at the ‘Sushil Kumar Wrestling Academy’ in Halalpur village at Sonipat, Haryana. Following the incident, angry villagers set the academy on fire.

The murdered player’s identity became a cause of confusion as several reports mistook her for under-23 World Championship Bronze-Medallist of the same name, who had to issue a clarification that she was very much alive.

Police said the incident took place around 2pm. The bodies of Nisha, a wrestler of 65 kg weight category, and her brother Suraj were sent for post-mortem at Civil Hospital, Sonipat. Her mother Dhanpati was injured and admitted at PGI in Rohtak, and is stated to be out of danger. Her father Dayanand Dahiya is an Inspector in the CRPF, posted in Srinagar.

Sonipat Assistant SP Mayank Gupta confirmed the deaths. The reason behind the shooting is still unknown.  “The villagers enraged by the incident indulged in arson and set the academy of fire. The accused are absconding, and the police teams are on their trail to arrest them,’’ said a police officer, adding the academy is not of the famous wrestler Sushil Kumar, but that of a local.

A case has been registered. Five to six rounds of bullets were allegedly fired by Pawan, a coach of Balanda in Rohtak, along with his brothers-in-law Sachin and Amit from Halalpur, claimed police. The international-level wrestler, Nisha Dahiya, released a video in the evening, saying, “I am absolutely fine,” after reports emerged that she had been shot dead.

Also, the Wrestling Federation of India shared a video in which the wrestler states she is in Gonda, UP, for the National Championships. Sitting next to her in the video is 2016 Olympian Sakshi Malik.  Randhir Malik, a coach, who travelled with the Indian women’s team to Belgrade, said, “The girl who died was also Nisha Dahiya but not the one who went to the U-23 World championship.’’