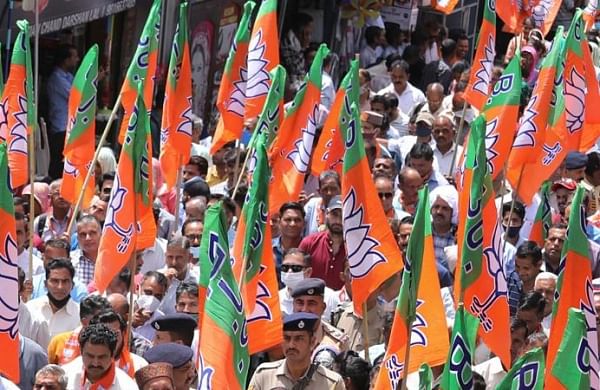 CHANDIGARH The BJP’s Krishan Lal Panwar and Independent candidate Kartikeya Sharma, backed by the saffron party and its ally JJP, have won the two Rajya Sabha seats from Haryana, officials said early Saturday, after the counting of votes which was delayed by hours over allegation of violation of rules. Senior Congress leader Ajay Maken did not get enough votes.

According to a senior Election Commission official here, Panwar got 36 votes, while Sharma got 23 first preference votes and six transferred from the BJP, taking his tally to 29. Congress MLA and the party’s authorised polling agent BB Batra said while the party’s Kuldeep Bishnoi cross-voted, the vote of another party MLA was declared invalid.

Panwar and Sharma had written to the EC, alleging Congress MLAs Kiran Choudhary and B B Batra showed their ballot papers to unauthorised persons after marking them and that the episodes were recorded by cameras.

The Congress had also approached the Election Commission accusing the BJP of trying to defeat the process of free and fair election and demanded immediate declaration of results.

89 of a total of 90 MLAs in Haryana had cast their votes while Independent MLA Balraj Kundu had abstained from voting.