Haryana minister Anil Vij, who came forward in battle with Kovid, will conduct a trial of Corona vaccine on himself 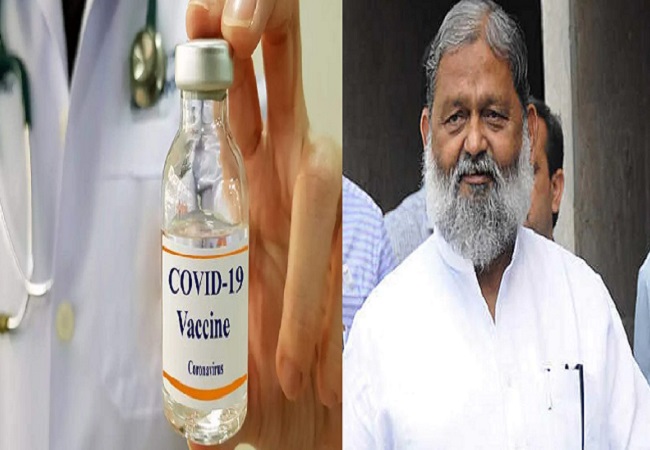 The whole country is waiting for the vaccine to get rid of Corona, but regarding the trial of this vaccine, Haryana Home and Health Minister Anil Vij has decided that he will get the vaccine tested on his own. Let us know that Anil Vij has offered to join the third and final phase of the vaccine trial. Talking to reporters on Wednesday, Home and Health Minister Anil Vij said that the Aam Aadmi Party (AAP) leaders who have been telling the guilty of increasing infection in Delhi, are speeding up in Delhi before doing politics of accusation. One should think about getting rid of infection. He said that now the methods of survival from life and corona will go together. On the lockdown, Anil Vij said that the government will not back down if it takes the necessary strict steps to save people’s lives.

Along with this, he also clarified his opinion about Love Jihad. He said that no other Nikita should be shot in Haryana, strict laws will be made for this. At the same time, Anil Vij also expressed anger over the support of the group and the Congress formed in view of the DDC election in Jammu and Kashmir. He called it an anti-country move. On the other hand, when talking about the Corona vaccine, Bharat Biotech has started the third phase of the vaccine trial. There will be trial on 26 thousand volunteers from 25 centers in India.

This trial is being done in partnership with the Indian Cancer of Medical Research (ICMR). These volunteers will be kept under observation till next year. And the trial of the vaccine will be tested. This is the largest clinical trial for the Kovid 19 vaccine in India.