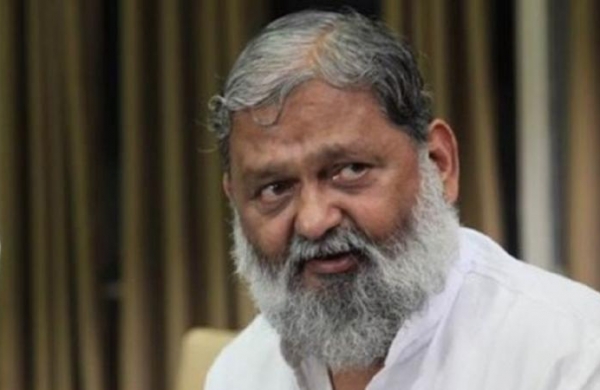 By PTI
CHANDIGARH: Haryana’s Home Minister Anil Vij on Thursday conducted a surprise inspection at the municipal corporation office in Gurgaon and ordered the suspension of two officials found absent and registration of an FIR against another official over alleged irregularities.

Vij, who also holds the portfolio of urban local bodies and health departments, ordered to relieve one executive engineer, who was on extension, after the minister was dissatisfied with his work.

The minister reached the corporation office in Gurgaon’s sector 34 in the morning and several officials arrived on duty afterwards, an official statement said.

Vij had gone to oversee the functioning of the office and inspected various wings including the engineering and accounts branch.

He inspected the offices located on the three floors of the corporation.

The Minister ordered the suspension of two sub divisional officers who were found absent from duty without any valid reason.

An executive engineer was instructed to be relieved of his charge as he was found to be on extension.

The minister also expressed dissatisfaction with his work.

While checking the files, he found a complaint regarding drinking water pipe leakage and also pertaining to sewer maintenance.

Vij rang up the complainant and asked whether his complaint had been redressed or not.

When the caller replied in the negative, a furious Vij ordered the suspension of the official concerned.

But when told that the officer was on extension, he ordered that he be immediately relieved.

Vij also gave orders for registering an FIR against another executive engineer, who was accused of showing fake satisfaction letters of the municipal corporation councillors pertaining to some works, the statement said.

The minister told municipal corporation commissioner Mukesh Kumar Ahuja to maintain attendance and movement registers of all the officers and employees.

On the recent water logging in several areas of Gurgaon due to heavy rain, Vij said a committee would be constituted to formulate a plan to find a permanent solution to the problem.

Interacting with reporters later, Vij said he was not satisfied with the functioning of the municipal corporation during the surprise inspection and it needed a lot of improvement.

There is a need for rationalisation of staff. I have seen that some staff have no work and sit idle. No movement register was maintained. I suspended two SDOs who were found absent without any valid reason., he said.

Vij said that he ordered the registration of an FIR after an inquiry found misappropriation of funds.

He said he has also directed all employees of the corporation to prepare reports of the work they do and get it certified from their superiors after which these reports will be send to his department.

This will help me to know which employee is doing what work, he said.

Vij has in the past too conducted many surprise inspections of various offices pertaining to his departments.

A few years ago, he had climbed up water tanks in Haryana civil secretariat here and found that they had not been cleaned.

A day after he had taken charge as home minister in November 2019, Vij had carried out a surprise check at Panipat Police Station.