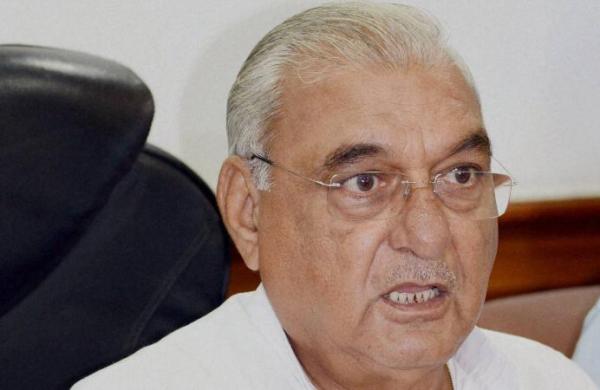 By PTI
CHANDIGARH: Senior Congress leader, Bhupinder Singh Hooda, has expressed concern over “high” unemployment in Haryana, claiming that people with bachelor and higher degrees like BA, MSc and PhD are applying for government peon jobs.

He also alleged that the policies of the Haryana government are directly responsible for the rising unemployment in the state. There is no attention of the government towards private investment as big industries are “migrating from Haryana, one after another”, Hooda said, adding that Haryana, “which once gave employment to youths of other states, is today itself plagued with the highest unemployment in the country”.

“The situation of unemployment in the state is such that this month 8.39 lakh youths applied for the recruitment of only 5,500 constable posts,” he said in a statement.

The leader of opposition in the Haryana assembly also said that according to this year’s economic survey, “about nine lakh youths had registered in the employment exchange but only 2,800 youths got jobs”.

“Even before this, when the government had taken out recruitment for 18,000 peon posts and other fourth-class positions, lakhs of educated youth had applied,” Hooda said. Not only this, about 25 lakh youths had applied for 6,000 posts for clerks, he claimed.

“Candidates holding BA, MA, M.Sc, M.Com, M.Phil and Ph.D degrees had also applied for the recruitment of peons where the minimum qualification of is class 8 pass,” he said in the statement.

Hooda said that according to the Centre for Monitoring Indian Economy (CMIE), “the unemployment rate in the country is 9.17 per cent while in Haryana this rate is 27.9 per cent”.

He said that organisations like CMIE are showing the mirror to the state government through their surveys and reports but the BJP-JJP government in Haryana wants to live in a denial by putting a question mark on these institutions.

The Congress leader claimed that except Haryana, no other state has raised objections to the CMIE report. If it does not find it credible, the Haryana government should challenge this report, he said.

Chief Minister Manohar Lal Khattar has in the recent past said that Hooda and other Congress leaders were quoting unemployment data from reports of an institution that “didn’t have any credibility” and is a private body. Hooda said the government cannot run away from its responsibility by questioning the institutions.

“Due to unemployment, the youth of the state is moving towards drugs and crime. Instead of paying attention to this problem and finding a solution, the government, which specialises in event management, wants to hide its failures with the help of lies, making political statements,” he alleged.