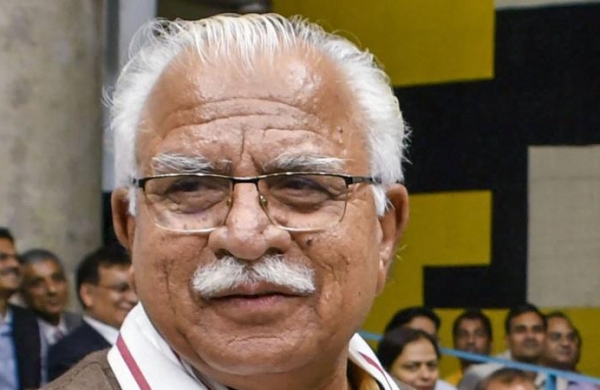 By PTI
CHANDIGARH: The Haryana government on Wednesday decided to grant exemption in motor vehicle tax to auto rickshaws and taxis operating within the Delhi-national capital region (NCR), an official statement said.

To encourage sportspersons, especially those who are economically weak but have qualified for the Olympic Games, the government will be providing them a grant of Rs 5 lakh as “preparation money” for better diet, training and capacity building, it said.

The decisions were taken during a meeting of the state cabinet held here under the chairmanship of Chief Minister Manohar Lal Khattar.

The exemption in motor vehicle tax was granted as per the contract carriage permit issued by the NCR states other than Haryana under the reciprocal common transport agreement (contract carriage), the statement said.

At present, auto rickshaws and taxis registered in Haryana and having contract carriage permits under the RCTA are not required to pay tax while entering and operating in NCR states — Uttar Pradesh, Rajasthan and Delhi — with Haryana being an exception.

It will ensure seamless movement of cabs and auto rickshaws in NCR and provide better and efficient transport services to people, it said.

“The decision aims to grant similar exemption in the motor vehicle tax by Haryana to auto-rickshaws and taxis operating within NCR as per contract carriage permits issued by NCR states other than Haryana — that is Uttar Pradesh, Rajasthan and NCT of Delhi,” the statement said.

“Thus, no tax will be charged from such vehicles of other NCR states having contract carriage permits under the NCR reciprocal common transport agreement while entering and operating in Haryana,” it said.

The Cabinet decided to create a separate cadre to promote sports in the state.

The Cabinet also approved the proposal of the cooperation department for providing the state government guarantee for availing a term loan of Rs 113.03 crore by HAFED from the National Bank for Agriculture and Rural Development to construct 2.72 lakh MT capacity warehouses at 16 locations in eight districts to further strengthen storage system in the state.