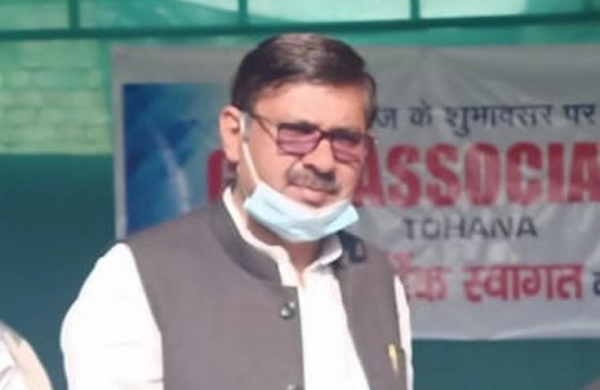 By PTI
CHANDIGARH: A day before the Haryana assembly takes up a no-confidence motion against the BJP-JJP government, JJP MLA Devender Singh Babli on Tuesday said he stands with protesting farmers but added that he alone could not take a decision and it was for his party to decide on walking out of the ruling alliance.

Asked about his party issuing a whip to its MLAs for their compulsory presence in the House on Wednesday and his stand on the no-confidence motion, Babli said, “When the party has issued whip, willingness or non-willingness is not the question, one has to go by what the party has decided.”

On farmer leaders spearheading the stir against the Centre’s new farm laws requesting all MLAs to support the no-confidence motion, Babli said, “If I alone take a stand, will farmers get justice? The voice I am raising in favour of farmers by being a member of the House, will I be able to do that when my party expels me for taking a different stand.”

Babli, who was interacting with reporters after the end of the day’s proceedings in the assembly, said, “You should understand. Entire party should withdraw support, Dushyant (Chautala) should take a step if this issue (farmers) is not being resolved. All (JJP) MLAs should come out (of the alliance).”

He said during party legislature group meetings in the past Deputy Chief Minister and JJP leader Dushyant Chautala had been telling them the farmers issue will be resolved.

Asked why Chautala is not listening to his MLAs when majority of them have openly come out in support of farmers, Babli replied, “Don’t you know that? He thinks he can get more benefits for the farmer by being part of the government.”

To another question, he said, “I have come in support of farmers and even today I have the same stand. Earlier too, I had said the situation wherein ruling party legislators are facing opposition from farmers in villages is not good and this issue should be resolved.”

He said the party needed to move a no-confidence motion because the BJP-JJP government has lost public confidence and the coalition government, betraying public opinion, is taking anti-people decisions one after the other.

When asked that opposition did not have the numbers on their side, Hooda quipped, “But that does not mean opposition will not play its role.”

With the Congress’s no-confidence motion against the BJP-JJP government set to be taken up in the Haryana Assembly on Wednesday, the ruling BJP-JJP as well as main the opposition party have issued whips to their respective members for their compulsory presence in the House.

In the 90-member Haryana Assembly, currently having an effective strength of 88 members, the ruling BJP has 40 members, the JJP 10 and the Congress 30.

Seven are Independents, five of whom are supporting the government, while one member is of the Haryana Lokhit Party, who has also extended support to the government.