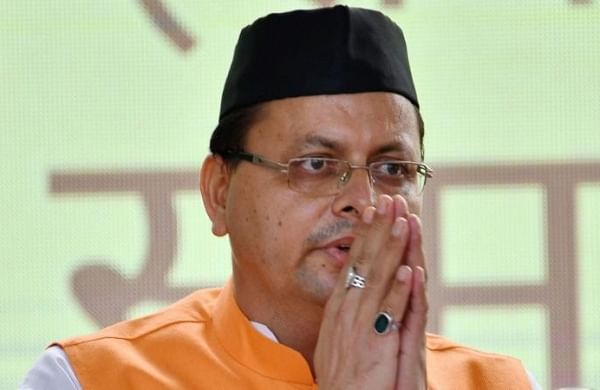 DEHDRADUN: Seeking to scotch speculation over likely resignation by his Cabinet colleague Harak Singh Rawat, Uttarakhand Chief Minister Pushkar Singh Dhami on Saturday said it was a family matter and would be resolved soon.

“It is a family matter. We will sit together and resolve it,” he said when asked by reporters about Rawat’s unhappiness.

“It is natural to think of the development of one’s constituency. We have commitments to our people. Whatever it is it will be thought over seriously and resolved,” Dhami said.

After a night of suspense over whether Rawat will resign, BJP MLA Umesh Sharma Kau, who had been assigned the task of dissuading him from resigning, on Saturday said the Cabinet minister’s grievance has been addressed and “no one is going anywhere”.

He said the issue has been settled with the intervention of the central leadership and Chief Minister Dhami.

Rawat’s proposal for a medical college in his constituency Kotdwar has been accepted and he has also been assured that the budget for the project will be released soon, Kau said.

When asked if Rawat had agreed not to resign, the MLA from Raipur said “no one was going anywhere.”

“We all will work as true soldiers of the BJP,” Kau said.

Pradesh BJP president Madan Kaushik also refuted the speculation saying “all is well and no one has resigned”.

Rawat had left a Cabinet meeting in a huff late on Friday night triggering speculation that he might resign from the Dhami Cabinet.

Sources said Rawat left the meeting as he was angry that a proposal for a medical college in his assembly constituency Kotdwar was not being cleared by the Cabinet.

Pradesh BJP president Madan Kaushik too had denied that Rawat has resigned.

There was also talks about Kau’s resignation.

The MLA’s son Gaurav Sharma, however, denied it saying they were surprised when the news was flashed by some TV channels on Friday night.

Interestingly, Kau received a call from Delhi soon after the speculations began and he went to meet Rawat apparently to dissuade him from resigning.

Both Rawat and Kau were among ten MLAs who had rebelled against Harish Rawat in 2016 and crossed over to the BJP.

Rawat is the forest minister in Dhami’s Cabinet.