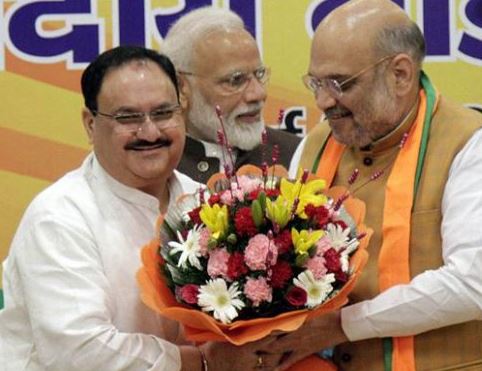 Prime Minister praised the BJP chief for his skilled and inspiring leadership that is taking the party to new heights.”Many congratulations to BJP National President JP Nadda ji on his birthday. Under his skilled and inspiring leadership, the party is constantly touching new heights. I wish they always be healthy and longevity,” the Prime Minister tweeted in Hindi.

“Happy Birthday to Shri JP Nadda ji, Honorable National President of Bharatiya Janata Party. Under your leadership, the party is constantly moving ahead with strength. I pray to God for your healthy life and longevity,” tweeted Shah (roughly translated from Hindi).

As per the official website of the BJP, Nadda, who originally hails from Himachal Pradesh, was born on 2 December 1960 in Patna, Bihar.

After completing his BA from Patna University, he studied LL.B from Himachal Pradesh University. He actively participated in various movements run by Jai Prakash Narayan during his young age.