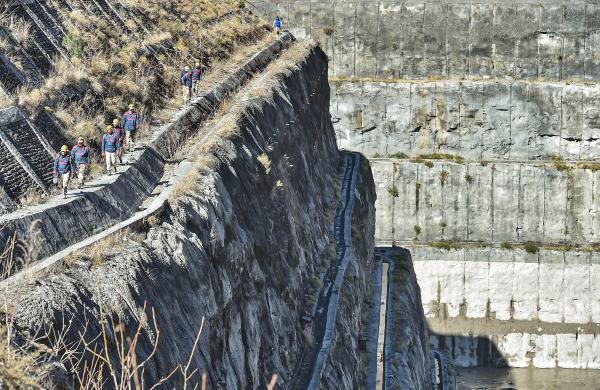 By ANI
DEHRADUN: The Uttarakhand flash flood incident took place after a Himalayan glacier from a remote peak fell into water and triggered the huge flood in the state, claimed scientists who have investigated and studied the incident.

The devastating flash floods in Uttarakhand killed many people and trapped workers in underground tunnels. It also sparked speculation on what caused the deluge.

Five scientists flew over the glacier in a helicopter, took pictures, looked at satellite photographs and collected data from the devastated area.

The origin of the incident, they say, was a glacier on a remote and inaccessible 5,600 metres (18,372ft) peak called Raunthi.

The scientists believe that a part of this glacier was wrapped around and hanging on a slope, held up by a mass of rock. This part weakened over a period of time due to freezing and melting.

This chunk of ice and rock broke off on Sunday, and hurtled down a steep mountain slope, they say.

When it reached the floor of a valley they believe its rocks, snow and sediment fell into a relatively narrow mountain stream at a height of 3,600 metres, blocking it.

As the water level increased in the stream, it burst. A surge of water and rubble then rushed further down breaching the dam and causing massive floods downstream. Water, gravity and geology conspired to create havoc, leading to numerous deaths and leaving hundreds in danger.

“What we have found is actually not very common. The weakening of the ‘hanging’ glacier must have happened over a long period of time as the ice froze and thawed,” Dr Kalachand Sain, director of the Dehradun-based Wadia Institute of Himalayan Geology, which sent the team of the scientists, told ANI.

Climate change, he said, is the “main factor” for rapid temperature changes leading to freezing and thawing of ice, and glacial fractures over time.

“Glaciers collect snow in the winter and lose snow in summer. But when temperatures rise, they lose ice faster than they can collect it. Ice melts can lead to the retreat of glaciers,” he said.

The death toll in the incident has mounted to 34. As many as 204 persons are still missing, informed the State Secretariat on Thursday.

Out of the 34 recovered dead bodies, 10 have been identified while 24 of them are yet to be identified.